Security sources said that chief minister has been called by the Union home minister to discuss the prevailing situation of the state. 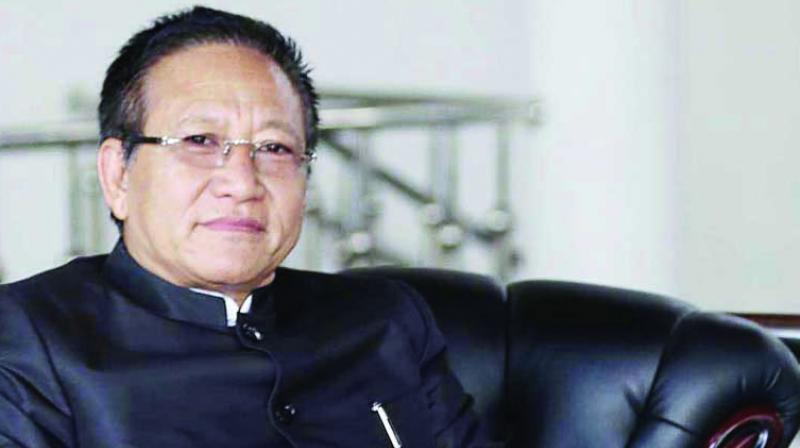 Guwahati: After failing to break the deadlock with tribal bodies laying a seize in Nagaland for the past nine days, Nagaland chief minister T.R. Zeliang on Thursday left for New Delhi.

Informing that Mr Zeliang was forced to use helicopter to come out of Kohima, security sources said that chief minister flew to Guwahati in a helicopter to take a flight to New Delhi.

Security sources said that chief minister has been called by the Union home minister to discuss the prevailing situation of the state. He is also scheduled to meet some senior BJP leaders in New Delhi.

Pointing out that the state capital was flooded with anti-Zeliang posters seeking his resignation, the Nagaland Tribes Action Committee (NTAC), spearheading the agitation in the state, said that poster campaign was the first phase of their agitation and ultimatum given to the chief minister to step down. NTAC leader P. Ngullie said, “The poster campaign has started in all districts as this was one of the decisions taken unanimously at the NTAC meeting on February 7.”

Earlier, most of the apex bodies of tribal organisations boycotted the consultative meeting called by the chief minister on February 8.

More than 50 people, including 35 legislators, attended the two-hour-long consultative meeting held at the state banquet hall, wherein the CM tried to clarify his position, but the tribal leaders declined the request to issue a statement giving their views on outcome of the consultative meeting.

Meanwhile, the volunteers of tribal action committee continued their agitation by paralysing the functioning of the state government. Even supply of ration to various police stations in police vehicle was blocked. Government offices remained closed and government vehicles were not seen plying on the roads due to the indefinite shutdown the NTAC has called to mount pressure on Mr Zeliang to step down.

Security sources said that the police has taken a conscious decision to avoid any confrontation with volunteers of the tribal action committee.

In a related development, Nagaland Assembly Speaker Chotisuh Sazo on Thursday warned the tribal organisations against threatening and coercing legislators into tendering their resignation or withdrawing their support to the government.

The NTAC, backed by dominant tribal groups, is demanding the resignation of Mr Zeliang following the government’s decision to hold urban local bodies elections in 12 towns across the state and the death of two persons in clashes between the police and protesters at Dimapur, the commercial hub of Nagaland, on January 31 night.

Various Naga tribal groups are opposing the 33 per cent reservation for women in urban local body elections, saying that it will infringe on customary laws and also violate Article 371A of the Constitution that grants special status to Nagaland and guarantees preservation of such laws.