Blue economy refers to the use of the sea and its resources for sustainable economic development. 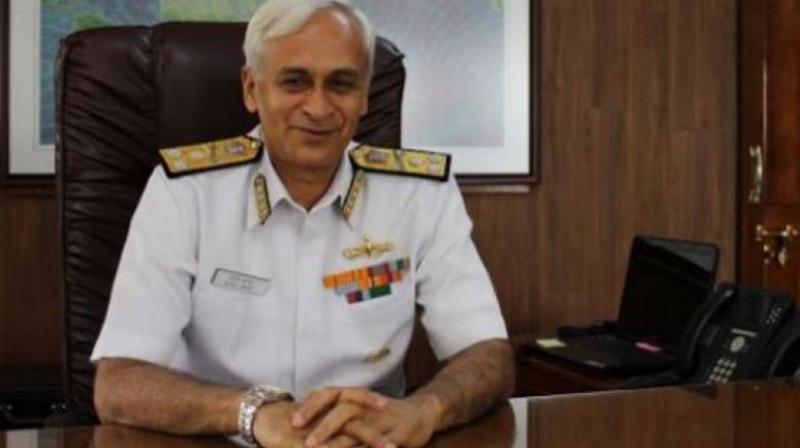 New Delhi: Downplaying Indian concerns over a 16-nation naval exercise being organised by Pakistan in the Arabian Sea from Friday, India’s Navy Chief Admiral Sunil Lanba has said it was a “normal maritime activity” that every nation is entitled to.

“This is an exercise hosted by Pakistan once in two years. And 16 nations are taking part in it. It is a normal maritime activity any nation is entitled to,” Admiral Lanba told reporters on the sidelines of an event.

Speaking a day after Indian Navy’s IL 38 Long Range Maritime Reconnaissance aircraft (LRMRA) successfully fired an anti-ship missile on a target ship in the Arabian Sea, he said all the LRMRAs besides the P-8I Boeing aircraft already with the Indian Navy have the ability to take on any ship.

Adm. Lanba also stressed on the need for a suitable policy and a legal framework for national and international level to address different aspects of the blue economy.

“Identify the differences between the existing national and international laws and policies which should be amended or modified to include tenants of blue economy,” he said, adding that high international cooperation was imperative if the concept of blue economy had to take roots. Blue economy refers to the use of the sea and its resources for sustainable economic development.

“We had become land-centric and (with a) continental mindset, which had shifted now. Our destinies are linked to the ocean. That is why, there is a renewed focus on maritime.”

“It is imperative that the navies and maritime agencies of different countries join hands to anchor collective security, stability and sustained growth for the entire region”, Lanba said.