India   All India  10 Feb 2017  Two girls, missing for over 2 years, found living together in Jaipur
India, All India

Two girls, missing for over 2 years, found living together in Jaipur

Though the girls have been reunited with their families, they have expressed their desire to stay together. 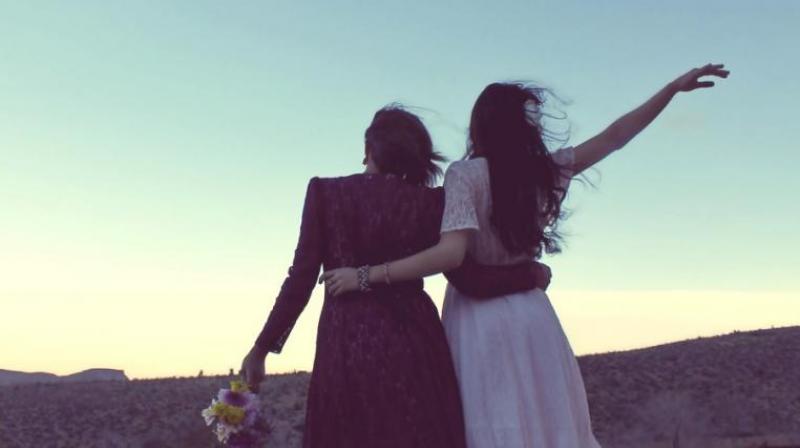 New Delhi: Two girls, who were missing since 2014, have been found in Jaipur where they were living together for the past two-and-a-half years, police said on Thursday.

"One of the girls was from Delhi and the other a resident of Bharatpur in Rajasthan. They both had been missing from November 6, 2014," said DCP (Northwest) Milind Mahadeo Dumbere.

On Wednesday, they were traced to Jaipur by a team from the Swaroop Nagar police station here. They were found staying at a rented accommodation in the city, he said, both were in their 20s.

The Delhi-based girl had moved to Jaipur to stay with her friend and they both took up jobs there. One worked as an accountant for a private firm and the other as tele-caller, Dumbere said.

Though the girls have been reunited with their families, they have expressed their desire to stay together despite their parents trying to convince them to go separate ways, said another police official, adding one of them guised herself as a boy by wearing jeans and loose clothes.

The father of the Delhi-based girl had registered a complaint at the Swaroop Nagar Police Station while the family of the other at Deeg Police Station in Bharatpur.

The Delhi girl, who was pursuing her graduation through correspondence from Delhi University and had left on the pretext of attending classes, held only on Saturday and Sunday, and went missing, the other official said, adding the families had alleged each other of abducting their daughters.

"The complainant (Delhi girl's father) believed that someone had abducted his daughter and during the investigation posters bearing information on the victim were pasted at prominent places. Information was also sent to SCRB, NCRB, Doordarshan, CRO and CBI in this regard," the DCP said, adding some mobile numbers were also scanned.

A cash reward of Rs 20,000 was also announced for anyone who could trace the girl, he said.

The DCP said during supervision of old cases, the SHO at Swaroop Nagar received information about the whereabouts of the girls and that they were residing somewhere in Jaipur.

Police found the landlord in whose house the two girls had stayed for some time and after taking him into confidence, they sought his help to trace the girls. "Both the girls were brought to Delhi. While the Delhi girl was produced before the court for recording her statement under section 164 CrPC, the other girl was handed over to the Rajasthan Police," said Dumbere.

During interrogation, it was revealed that the Delhi girl used to visit her maternal grandmother at Bharatpur where she developed friendship with the other girl and both decided to spend their life together.