Protesters in hundreds march to Jantar Mantar against CAA, NRC

The protesters, carrying placards and banners of all sizes and colours, converged at Mandi House and started marching towards Jantar Mantar 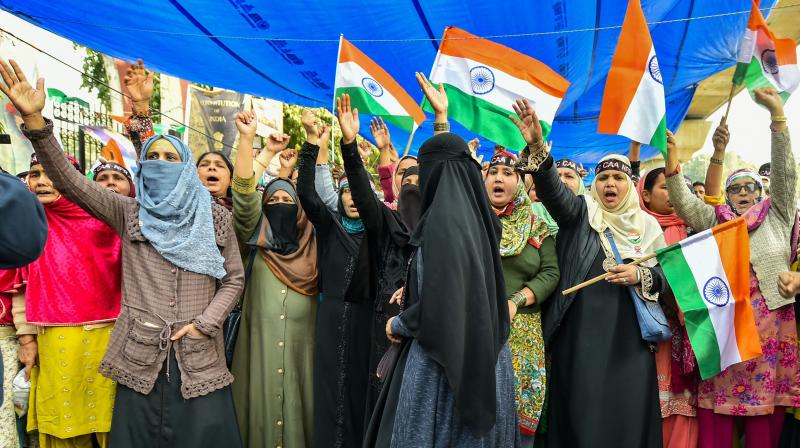 Hundreds of protesters, including students and civil society members, poured onto the streets in central Delhi on Monday protesting against the amended citizenship law and the National Register of Citizens.

The protesters, carrying placards and banners of all sizes and colours, converged at Mandi House around 11 am and started marching towards Jantar Mantar.

A large number of police and paramilitary personnel walked along with them.

“The protesters do not have permission to take out a march, but as long as they maintain peace, we do not have a problem,” a police official said.

The protesters, however, claimed that they had the permission and would march till Jantar Mantar.

They carried the photographs of freedom fighters Bhagat Singh and Chandrasekhar Azad and social reformer Savitribai Phule, and demanded that the government revoke the “black law”.

The wife of Dr Kafeel Khan, who was in September acquitted of all negligence and corruption charges in the Gorakhpur BRD Hospital tragedy, and brother of Sharjeel Imam, arrested on sedition charges, also participated in the march taken out under the banner of Welfare Party of India.

Siraj Talib, the national secretary of the Welfare Party of India, “We are protesting against the CAA and NRC. We have permission, I have spoken to police and we are marching towards Jantar Mantar.”