India   All India  10 Feb 2021  'Bittu' team celebrates 'proud moment' as film advances to next round in Oscars race
Entertainment, Bollywood

It's every filmmaker's dream to be recognised by the AMPAS Academy, and I'm overwhelmed by the gratitude, said Director Karishma Dev Dube 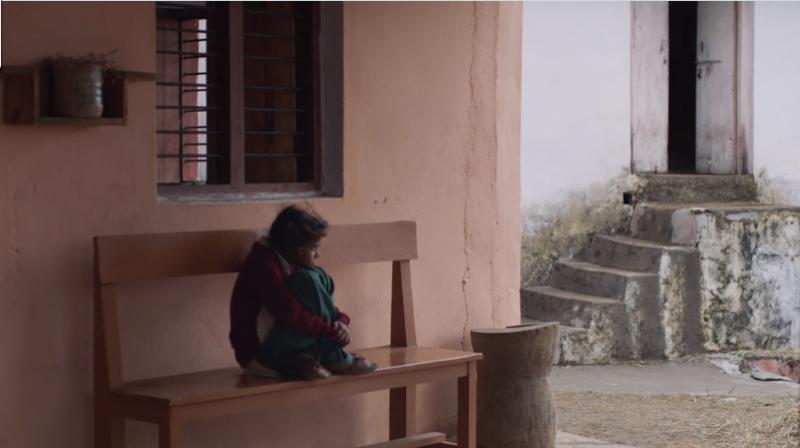 Mumbai: Director Karishma Dev Dube on Wednesday said she is "overwhelmed by gratitude" as her film "Bittu" advanced to the next round in Best Live Action Short Film segment of the 93rd Academy Awards.

Earlier in the day, the Academy of Motion Picture Arts and Sciences (AMPAS) unveiled the shortlists for nine categories, including Best Live Action Short Film that received a total of 174 entries.

"Bittu" is part of the 10 film shortlist that also includes "Da Yie", "Feeling Through", "The Human Voice", "The Kicksled Choir", "The Letter Room", "The Present", "Two Distant Strangers", "The Van" and "White Eye".

These movies will be vying for spot in the final five, which will be announced on March 15.

Based on a true story, "Bittu" is about a close friendship between two girls, eclipsed by an accident at their school.

Dube said it is a proud moment for the whole team that their film has been recognised by the Academy.

"It's every filmmaker's dream to be recognised by the Academy, and I'm overwhelmed by the gratitude. This recognition however is not mine alone, I made this film with an incredible cast and crew, all of whom I'm so grateful for.

"I'm just very happy that Bittu is able to represent this team and my country at this platform," the director said in a statement.

In a joint statement, the IWR said the team is "exhilarated, proud and overwhelmed" to witness the film's journey unfold "gracefully."

"Karishma Dev Dube's excellent storytelling compelled us to come on board for the project and now as the world is recognising and appreciating the efforts we are nothing but proud of the film and the entire team that made it possible to achieve this feat.

"We are all geared up for the next steps that lay ahead of us in this journey and look forward to continued support we received so far. Truly humbled," the statement read.

Monga, whose 2018 production "Period. End of Sentence" had won an Oscar for Best Documentary Short Subject in 2019, had earlier celebrated the moment on social media.

"It's 4.30 am in India... am tossing & turning, stress eating and texting my IWR girls thru the night and here we are !! 'Bittu' is now shortlisted for the 93rd Academy Awards," the producer said in a post on Instagram.

"So so grateful for 'Bittu' and our incredible team... Say a little prayer and wish us luck for the next round of nominations," she added.

Meanwhile, "Jallikattu", India's official entry in the Best International Feature category at the 93rd  Academy Awards, is out of the Oscars race.

The Lijo Jose Pellissery-directed movie could not make it to the shortlist of 15 features that will be competing for a spot in the final five.

The 93rd Academy Awards, which were postponed from their usual February date due to the coronavirus pandemic, will be held on April 25.