After days of remaining incommunicado to the party, Jyotiraditya Scindia submitted his resignation to the Congress 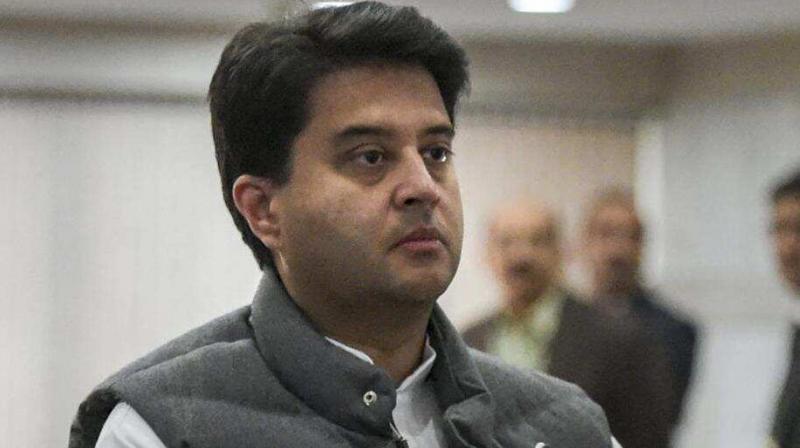 In a huge blow to the Congress party, senior leader Jyotiraditya Scindia submitted his resignation to the party high command after days of remaining incommunicado.

In his resignation letter, Scindia said, "Having been a primary member of Congress for the last 18 years, it is time for mew to move on. I'm tendering my resignation from the primary member of the INC and as you well know this is a pth that has been drawing itself out over the last year. To reflect and realise the aspirations of my people and workers, I believe now that i look ahead for a fresh start."

Speculation was rife after several Congress MLAs submitted their resignations to Madhya Pradesh Chief Minister Kamal Nath. Earlier reports said that BJP was trying  to poach Congress leaders  to topple  the Kamal Nath government in Madhya Pradesh even as BJP vehemently denied it.

Congress went all out to pacify Scindia

As crisis looms over the Congress government in Madhya Pradesh, party sources had earlier said that efforts were on to woo back disgruntled leader and former MP Jyotiraditya Scindia who remained 'incommunicado'.

Seventeen MLAs, including at least six ministers, known to be Scindia loyalists, are currently in Bengaluru. Chief Minister Kamal Nath promised to reconstitute the state Cabinet after an emergency meeting late on Monday night. Following the meet, around 20 ministers resigned reposing faith in Nath's leadership.

In Delhi, sources said hectic efforts were underway by the Congress leadership to save the party's government in Madhya Pradesh, and placate Scindia who has long been at daggers drawn with Kamal Nath over leadership issues.
Speculation was rife that the party high command was sending emissaries, including Rajasthan Deputy Chief Minister Sachin Pilot to Scindia in order to win him back. But now it appears the efforts did not bear any fruit.

On Tuesday, Pilot tweeted, “I am hopeful that the current crisis in Madhya Pradesh ends soon and that leaders are able to resolve differences. The state needs a stable government in order to fulfil the promises make to the electorate.”

Congress veteran and former Madhya Pradesh chief minister Digvijay Singh had said that Scindia could not be contacted.

“We have not been able to talk to him yet... Anyone who is a true Congressman will not leave the party,” he said, adding the people of the state would give a befitting reply to anyone who attempts to undermine their mandate.