India   All India  10 Mar 2021  China’s PLA did not withdraw from several positions it seized during initial clashes
India, All India

India and China are now discussing the modalities of the second phase of the disengagement in Depsang Plains, Gogra, Hot Springs, Demchok 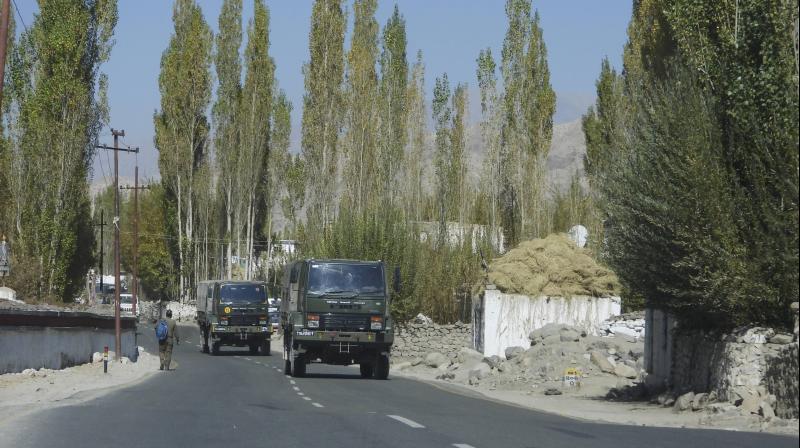 New Delhi: China’s People’s Liberation Army “has not yet withdrawn from several forward positions” at the Line of Actual Control that it had seized after the initial clashes with Indian forces, a top US military commander told the Senate Armed Services Committee in Washington on Tuesday. He also said the US and Indian navies are now securely sharing information, and India has substantially increased its acquisition of US defence gear.

Adm. Philip S. Davidson, US Navy head in the Indo-Pacific Command, said China’s expansionary territorial ambitions were on display along its western border, where the PLA engaged in a standoff with Indian forces along the LAC since May 2020.

He said the standoff was predicated by clashes over construction activity near the disputed border, and that PLA elements subsequently forward-deployed roughly 50,000 soldiers along the LAC, leading to a counter-deployment by the Indian Army.

“The PLA has not yet withdrawn from several forward positions it seized following the initial clash, and the consequent escalation of tensions between China and India resulted in casualties on both sides,” he told the committee. He said this large-scale PLA mobilisation -- which is particularly notable considering the elevation, terrain and distance involved -- has stoked regional concerns that China will increasingly use force to achieve its desired outcomes.

Last month, Indian and Chinese troops had completed disengagement from Pangong Tso in eastern Ladakh after a nine-month standoff. India and China are now discussing the modalities of the second phase of the disengagement in Depsang Plains, Gogra, Hot Springs and Demchok.

Adm. Davidson said the current state of the US-India relations presents a historic opportunity to deepen ties and solidify what he considers the “defining partnership of the 21st century”.