India   All India  10 Mar 2022  All Indians head back from Ukrainian cities
India, All India

All Indians head back from Ukrainian cities 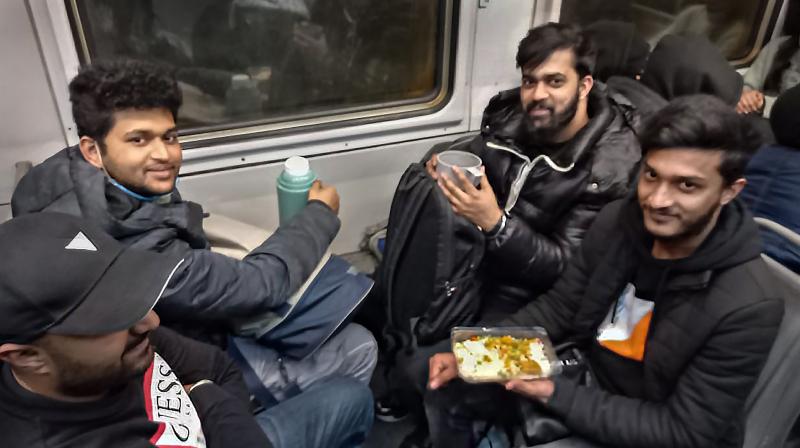 Indian students who were stranded in Sumy board the special train to western Ukraine organised with assistance of Ukrainian authorities, amid Russia-Ukraine conflict, in Ukraine. (Photo: PTI)

Vishakhapatanam: Thousands of parents heaved a sigh of relief as the two-week-long task of safely bringing back the Indians stuck in the Russian invasion of Ukraine has been accomplished by the central government.

By March 8, almost all Indians were evacuated from Ukraine, under a special effort codenamed Operation Ganga, starting from February 24, when the invasion began.  The last of the stranded Indians, from Sumy University, have also been evacuated to safety in neighbouring Poland, Romania etc, Indian officials said.

Officials said this was possible with support from the Russian and Ukraine governments under the `Green Corridor' facility they have jointly arranged. “About 18,000 Indians have been brought back by special flights as of March 9, the Ministry of External Affairs in Delhi said.

In the latest, 600 Indian students from Sumy University were brought to Poltava city in buses on Tuesday night, the Indian embassy in Kyiv stated. From there, the students have boarded special trains at Lviv railway station to travel to Poland, a distance of 540km.

"These students would cross the Ukraine border to Poland and later board India's evacuation flights on March 10. Bringing back our students safely and securely will remain our priority,” Satpathy said.

The number of Indians airlifted by 75 special civilian flights so far totaled 15,521 while wide-bodied IAF jets had flown 12 missions to bring back 2,467 passengers, all as part of Operation Ganga. All these students got into the planes from airports at Bucharest, Suceava, Budapest, Kosice, Rzeszow or Kyiv. Airports in Ukraine are mostly defunct after the invasion by Russia started.

Two Indians -- Naveen from Karnataka, a student of Kharkiv University and Chandran Jindan from Punjab -- died in the course of the war. While Naveen was a victim of the shelling by Russian military, Jindal died due to physical strain and stroke.