India   All India  10 Mar 2022  Parties scout for alies ahead of vote count today
India, All India

Parties scout for alies ahead of vote count today 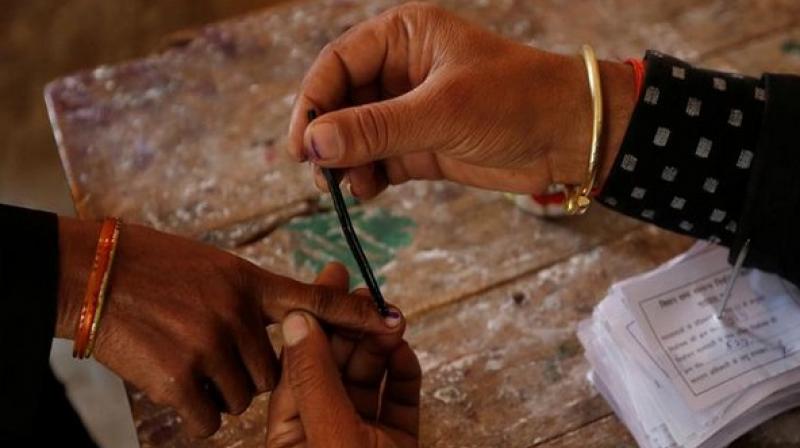 In Punjab, the survey has predicted Congress facing a “humiliating defeat”, with the AAP wresting power with a huge margin. (Representational Image/ PTI File)

New Delhi: On the eve of counting of votes of Assembly elections in five states -- Uttar Pradesh, Uttarakhand, Punjab, Goa and Manipur -- a new exit poll on Wednesday predicted the BJP retaining power in UP by registering a huge victory. It said the saffron party would bag 43 per cent of the total vote share in the politically crucial state. Though the survey by Lokniti-CSDS did not mention the number of seats that the BJP will bag this time, the party had won more than 300 seats in the 403-member Assembly during the last Assembly polls with a vote-share of nearly 40 per cent.

In Punjab, the survey has predicted Congress facing a “humiliating defeat”, with the AAP wresting power with a huge margin. It said that the Arvind Kejriwal-led AAP will bag 40 per cent of the votes in Punjab as compared to the Congress, which is predicted to get only 26 per cent of the vote share this time. The BJP is predicted to get seven per cent vote-share while its former ally, Akali Dal, will get 20 per cent vote share. The survey predicted the BJP having an edge in Uttarakhand while a hung verdict is again likely in Goa.

The Election Commission on Wednesday removed three officials from election duty in UP, a day after the Samajwadi Party alleged that EVMs were being shifted in an unauthorised manner. The nodal officer for EVMs in Varanasi, a returning officer (RO) in Sonbhadra district and an additional election officer in Bareilly district have been pulled out from election duties, a day ahead of the counting of votes in UP.

The poll panel also deputed Delhi’s chief electoral officer as a special officer in Meerut and the Bihar CEO in Varanasi, Prime Minister Narendra Modi’s parliamentary seat, to supervise the counting of votes.

A war of words erupted between the BJP and the SP over the EVMs issue as the latter alleged that the EVMs are being “transported without the candidates being informed”. SP chief Akhilesh Yadav has alleged "tampering with electronic voting machines" and claimed that the BJP was scared as his party was winning Ayodhya.

In Lucknow, Mr Yadav said: “Exit polls want to create a perception that the BJP is winning. This is the last fight for democracy. EVMs are being transported without candidates being informed. We need to be alert if EVMs are being transported this way. This is theft. We need to save our votes. We may go to court against it but before that I want to appeal to the EC to look into the matter.” He had earlier alleged that senior government officials in Lucknow were directing their subordinates in the districts to slow down the counting of votes and prolong the process till late night where the chances of BJP candidates winning were slim.