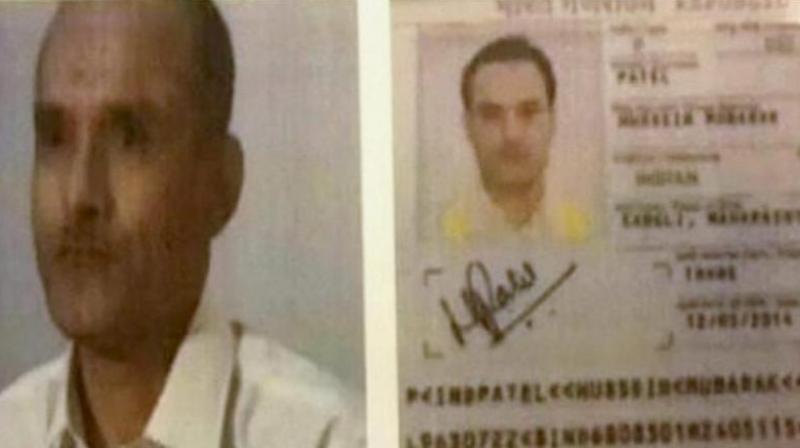 New Delhi: Reacting strongly, India on Monday said it will regard as "premeditated murder" if Pakistan carries out the death sentence, awarded to its national Kulbhushan Jadhav "without observing basic norms of law and justice".

Foreign Secretary S Jaishankar summoned Pakistan High Commissioner to India Abdul Basit and gave a strongly-worded demarche, which said the proceedings that have led to the sentence against Jadhav were "farcical" as there were no "credible evidence" against him.

Reacting to a press release by Pakistan military's media wing Inter-Services Public Relations (ISPR) on Jadhav, India said he was kidnapped last year from Iran and his subsequent presence in Pakistan has never been explained credibly.

India, through its High Commission in Islamabad, has repeatedly sought consular access to him, as provided for by international law and 13 such requests were formally made between 25 March 2016 and 31 March 2017, the demarche said.

"This was not permitted by the Pakistani authorities," it said.

The proceedings that have led to the sentence against Jadhav are "farcical in the absence of any credible evidence" against him, it said, adding it is significant that Indian High Commission was not even informed that Jadhav was being brought to trial.

"Senior Pakistani figures have themselves cast doubt about the adequacy of evidence. The claim in the ISPR release that Jadhav was provided with a defending officer during the so-called trial is clearly absurd in the circumstances.”

"If this sentence against an Indian citizen, awarded without observing basic norms of law and justice, is carried out, the government and people of India will regard it as a case of premeditated murder," the foreign secretary said in the demarche.

Jadhav "confessed before a magistrate and court that he was tasked by Indian spy agency Research and Analysis Wing to plan, coordinate and organise espionage and sabotage activities seeking to destabilise and wage war against Pakistan, through impeding the efforts of law enforcement agencies for the restoration of peace in Balochistan and Karachi," the ISPR said.

India had denied that Jadhav was a R&AW spy, but said that he was a retired Naval officer. However, Pakistan had refused to extradite him.

Pakistan's foreign affairs advisor Sartaj Aziz had alleged that he was involved in "subversive and terrorist activities in Pakistan". In March last year, Pakistan released what it claimed to be Kulbhushan's video confession.