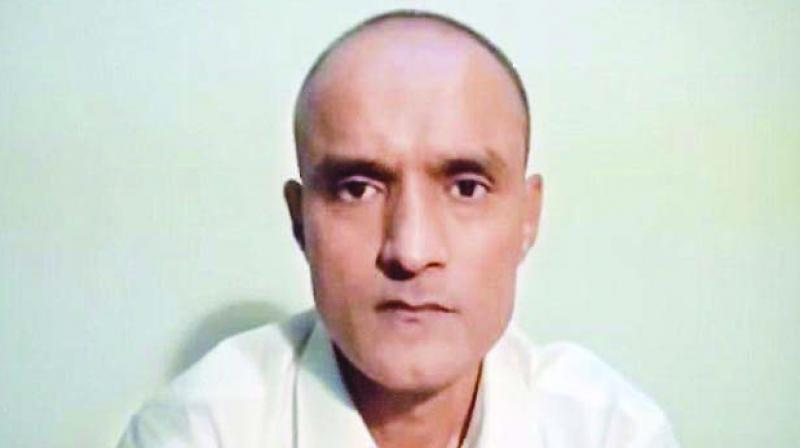 The Ministry of External Affairs (MEA) said the Indian High Commission in Islamabad was not even informed about Jadhav's trial in the court.

The ministry added that the subsequent presence of Jadhav, who was kidnapped last year from Iran, has never been explained credibly by the Pakistani authorities.

"The proceedings that have led to the sentence against Jadhav are farcical in the absence of any credible evidence against him. Senior Pakistani figures have themselves cast doubt about the adequacy of the evidence," an official release stated.

"The claim in the Inter-Services Public Relations (ISPR) release that Jadhav was provided with a defending officer during the so-called trial is clearly absurd in the circumstances," it added.

The Ministry said the Indian Government, through its High Commission in Islamabad, repeatedly sought consular access to Jadhav, as provided for by the international law.

"Requests to that effect were formally made 13 times between March 25, 2016 and March 31, 2017. This was not permitted by the Pakistani authorities," it said.

"If this sentence against an Indian citizen, awarded without observing basic norms of law and justice, is carried out, the Government and people of India will regard it as a case of premeditated murder," it read.

Earlier, Jadhav was given the death sentence by the Pakistan Military, ISPR, Pakistan said in a statement.

Jadhav was arrested on March 3, 2016 through an operation in Balochistan's Mashkel area for his alleged involvement in espionage and sabotage activities against Pakistan, the ISPR said.

The accused had been "provided with a defending officer as per legal provisions," the ISPR said.

The accused, used to run a business in the Iranian port city of Chabahar. He was seen in a video confessing that he was an official of the Research and Analysis Wing (RAW), India's external intelligence agency.