The prisoners were to be released as part of the practice by India and Pakistan to repatriate nationals lodged in each other's jail. 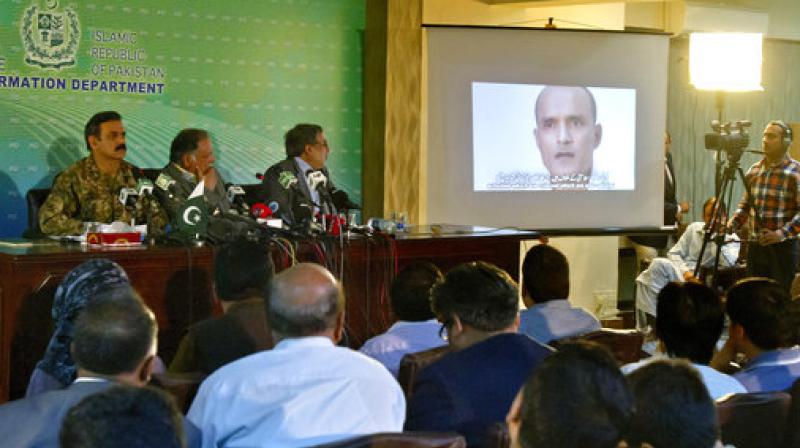 Journalists look a image of Indian naval officer Kulbhushan Jadhav, who was arrested in March 2016, during a press conference by Pakistan's army spokesman and the Information Minister, in Islamabad, Pakistan. (Photo: AP)

New Delhi: India on Monday decided not to release about a dozen Pakistani prisoners, who were to be repatriated on Wednesday, hours after Pakistani army chief approved the execution of Indian national Kulbhushan Jadhav for alleged "espionage and sabotage" activities.

The government feels that it is not the right time for the release of Pakistani prisoners, official sources said in New Delhi.

The prisoners were to be released as part of the practice by India and Pakistan to repatriate nationals lodged in each other's jail after they complete their sentence.

The death sentence to Jadhav, 46, was confirmed by Pakistan army chief Gen Qamar Javed Bajwa after the Field General Court Martial (FGCM) found him guilty of "all the charges", said the military's media wing Inter-Services Public Relations (ISPR) in Rawalpindi.

Angered by the development, India on Monday said it will regard as "premeditated murder" if Pakistan carries out the death sentence "without observing basic norms of law and justice".