India   All India  10 Apr 2020  Ramp up testing in Uttar Pradesh to save lives: Priyanka to Yogi
India, All India

Ramp up testing in Uttar Pradesh to save lives: Priyanka to Yogi 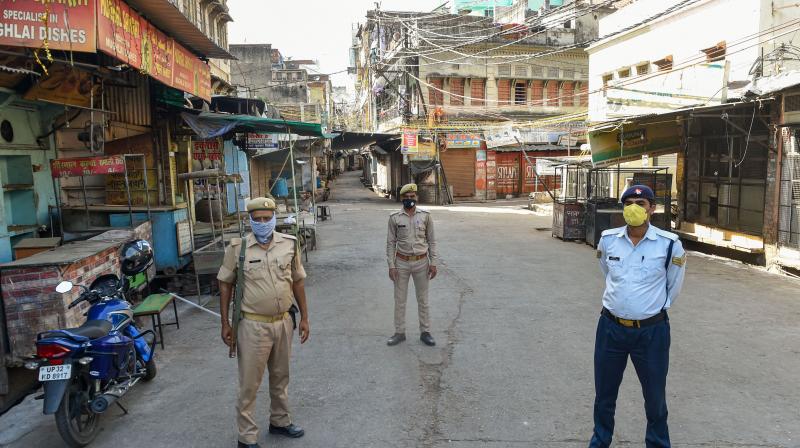 Police personnel stand guard in the Phoolbagh area sealed as one of the hotspots in UP. PTI photo

New Delhi: Congress general secretary Priyanka Gandhi Vadra has called for ramping up testing facilities to check coronavirus in Uttar Pradesh, saying it can prove to be a lifesaver in the big state.

In a letter to Uttar Pradesh Chief minister Yogi Adityanath, she called for steps that could win over the confidence of everyone by creating a fear-free atmosphere, while keeping aside political ideology, to ensure that people come up voluntarily for testing.

"We are with you in this fight against the pandemic. Coronavirus does not see any religion or caste and affects everyone. In this battle, there is need to take steps by keeping our political ideologies away and help bring people together and create a fear-free atmosphere," she said in her letter.

Stressing on the need for ramping up testing facilities, she said for a state with such a big population "increasing testing can prove to be a lifesaver".

She said state authorities have to conduct testing on more and more people, on "mild to moderate high risk cases" and treat them on a war footing so that there is less pressure on ICUs.

She said with reports of community transmission coming from some parts and clusters in urban areas are being formed, she said there are also reports about COVID infected people hiding their disease.

"This is happening because of fear mongering in the society about this disease. Hence it is important, especially in these clusters to provide right information on a war footing in these areas and immediately stop fake news and myths about the coronavirus," she said in her letter.

She also called for taking such steps that people win the confidence of the government and come forward to get testing done voluntarily.

"It is important that the government takes such steps to inspire confidence of people so that they come up voluntarily for testing," she said, while also calling for seeking the help of NGOs and social and political organisations to unitedly fight the coronavirus pandemic.

Making a host of suggestions in her letter to UP CM, the Congress general secretary for Uttar Pradesh also called for improving sanitation facilities and provision of free ration to the poor and the marginalised.