India   All India  10 May 2020  Unable to return home, migrant labourer from Bengal ends life in Kerala
India, All India 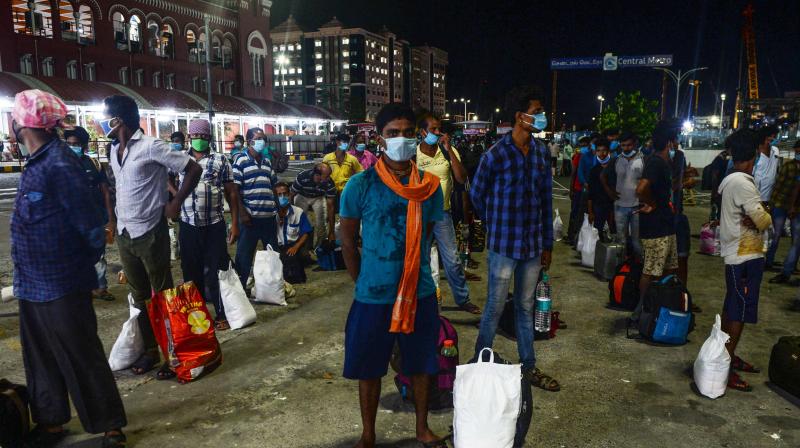 Stranded migrant labourers queue to board a special train to hom. (AFP)

Kolkata: Failing to return home for want of money, a young migrant worker from West Bengal committed suicide in Kerala on Saturday morning.

Asif Iqbal Mondal (22), a resident of Shiropara at Domkol in Murshidabad, hanged himself from a tree at a mango orchard at Kodanad in Ernakulam.

His fellows informed his relative, Asarul Biswas, about his suicide at around 9 am. Asif joined a labourer’s job at a brick kiln in Kerala six months ago, said his father Jamshed Ali, adding that the work was however suspended due to Covid-19 lockdown following which the brick kiln owner did not pay Asif his dues.

Asarul said, “Asif commited suicide in utter frustration after he could not return home in the ‘Shramik Special’ train recently from Kerala as he did not have money. He turned depressed after learning that no further train would run from Kerala for West Bengal. Breaking down in tears he repented while talking to us over phone that he would not be able to return home ever.”