It is a virtual battleground where a bloody war is fought, but with words. However, this has an impact on young minds, officials opined. 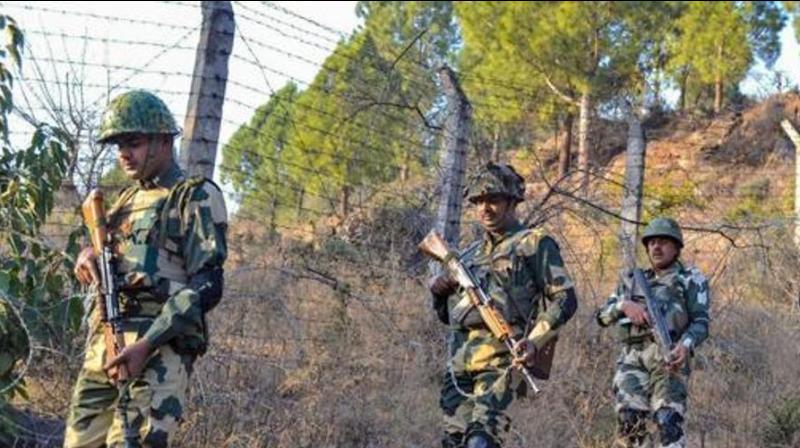 The idea behind the crackdown on ''keypad jihadis'' was to ensure that the security agencies could concentrate more on nabbing or eliminating terrorists with real guns rather than those who wage war against the state machinery using keypads. (Photo: Representational | PTI)

New Delhi: A high-level meeting will be held in the Home Ministry on Monday to discuss removal of malicious content from various social networking sites posted by ''keypad jihadis'', who spew venom on the Internet with an intent to create a law and order situation by spreading rumours or giving communal colour to any event.

The meeting will be chaired by Union Home Secretary Rajiv Gauba and attended among others by top officials from the Ministry of Electronics and Information Technology, the Department of Telecommunications and those from security agencies as well as Jammu and Kashmir, officials said.

They said the meeting with discuss implementation of the provisions of Information Technology pertaining to security agencies in dealing with the menace which includes filing of FIRs, removal of the malicious content at the earliest in coordination with the service provider and ensuring speedy legal proceedings so that it could act as a deterrent for others.

The idea behind the crackdown on ''keypad jihadis'' was to ensure that the security agencies could concentrate more on nabbing or eliminating terrorists with real guns rather than those who wage war against the state machinery using keypads.

It is a virtual battleground where a bloody war is fought, but with words. However, this has an impact on the young minds, officials opined.

They added that the new battleground is far removed from the conventional weaponry and fighting zones and new-age jihadis use computers and smartphones to wage war from just about anywhere in the Valley or outside, well entrenched inside their homes or out on the streets, from a nearby cafe or even just a convenient roadside.

The social chat groups are active not just in Jammu and Kashmir. They are seeing participation from youngsters in the national capital, the rest of the country and abroad as well.

Recently, the Jammu and Kashmir Police had registered cases against five Twitter handles and filed complaints with service providers against misleading posts on Facebook and WhatsApp so that necessary action is taken at the earliest.

The forthcoming two-month long Amarnath Yatra is of immediate concern as they apprehend that anyone, while just sitting from the confines of a home, can plant fake news in one of the thousand chat groups and the entire state can plunge into communal violence, the officials said.

They claimed there have been instances when fake pictures of desecration of shrines are circulated by a particular community and all of sudden there is an outrage when no such incident had taken place.

Similarly, in the Valley, false news about firing and subsequent killing of civilians was circulated in an attempt to create unrest in other parts of Kashmir. However, timely action saved the day for the police and it was ensured that the culprits were booked.