The students and staff were immediately shifted to a safer location 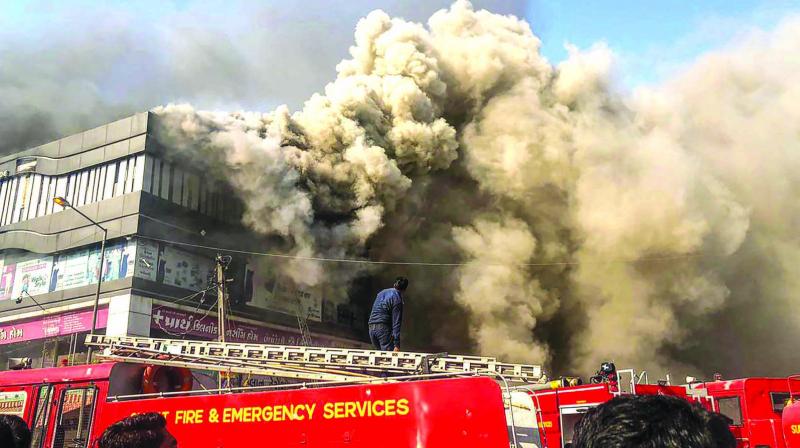 Surat: A private school in Surat was reported to have caught fire on Monday morning. The students and staff were immediately shifted to a safe location and no casualties were reported.

The fire was reported at Raychand Dipchand school around 0820 hours. After the fire was detected, parents rushed to the school and school administration shifted the students and staff to a safer place.

Schools in Gujarat have reopened after summer vacations and the incident has come shortly after fire broke out at a coaching centre in Surat which left 22 students dead.

Following the incident, the fire officials had started a drive to check the fire safety measures in various educational institutes.

Surat Chief Fire Officer Basant Pareek said that after the May 24 fire, 1751 tuition classes and some schools were surveyed, of which 1237 were found to have not installed fire safety systems. The Raychand Dipchand School had a fire safety system.

Fire officer Raysingh Patel said, “The cause of the fire might be loose electric wiring in the meter box. The situation has been brought under control.”