Chinese foreign ministry spokesperson Hua Chunying said that both sides are taking steps to ease the situation along the borders. 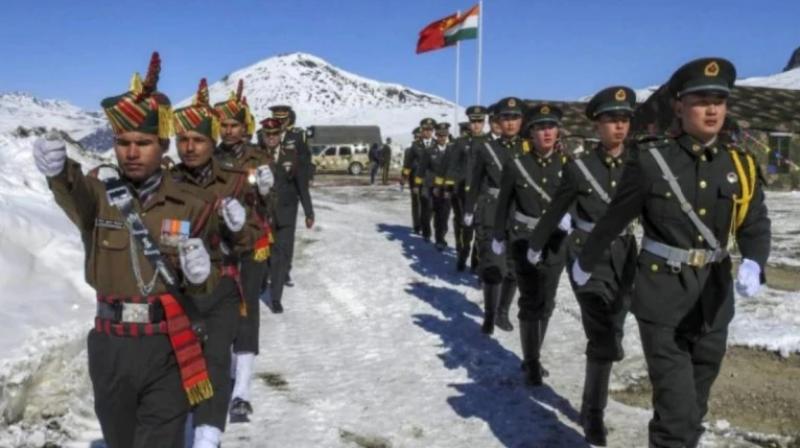 Beijing: China said on Wednesday that Indian and Chinese troops have started implementing the "positive consensus" reached by the senior military officials of the two countries on June 6 aimed at "easing" the situation along the borders.

The Chinese foreign ministry spokesperson's remarks came a day after officials in New Delhi suggested that armies of India and China have undertaken a "limited disengagement" in few areas in eastern Ladakh in a demonstration of their intent to end the border standoff peacefully ahead of another round of military talks on Wednesday.

Asked about the reports of the troops on both sides disengaging and moving back to their previous positions, Chinese foreign ministry spokesperson Hua Chunying told a media briefing here that both sides are taking steps to ease the situation along the borders.

"Recently the diplomatic and military channels of China and India held effective communication on the situation along the border and reached positive consensus," she said.

"The two sides are following this consensus to take actions to ease the situation along the borders, the spokesperson said.

Military sources in New Delhi said the two armies have begun "disengagement" around patrolling points 14 and 15 in Galwan Valley and another in the Hot Spring area, adding the Chinese side has even moved back up to 1.5  km in two areas.

Indian and Chinese troops have been engaged since May 5 following a violent clash in Pangong Tso.

The trigger for the face-off was China's stiff opposition to India laying a key road in the Finger area around the Pangong Tso Lake besides construction of another road connecting the Darbuk-Shayok-Daulat Beg Oldie road in Galwan Valley.

During their military-level talks on June 6, India and China agreed to follow the broad decisions taken by their leaders in the Wuhan summit in 2018 to ensure peace and tranquillity along the Line of Actual Control.