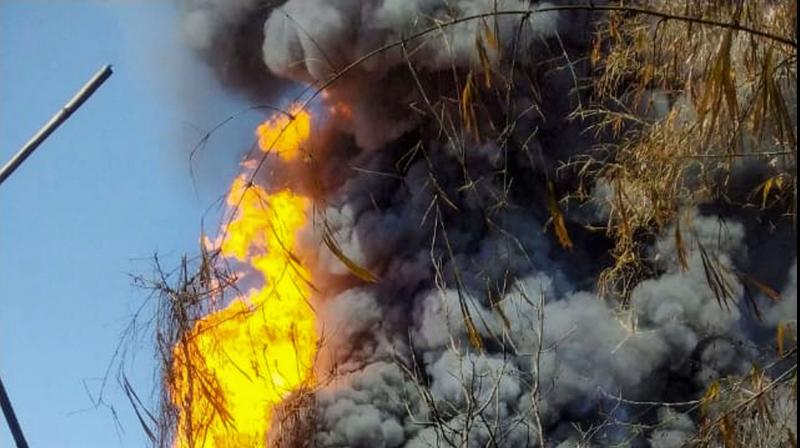 Smoke billows from a fire at Baghjan oil field, a week after a blowout in TInsukia, Assam. PTI photo

Two firefighters of Oil India Ltd who had gone missing were found dead near the oil well fire in Assam, as per official sources. It's been 14 days the oil well in Tinsukia had been leaking gas and eventually caught fire on Tuesday. The blaze was massive and could be seen from a radius of 10kms.

The site is still burning as the oil well continues to feed gas. Fire in the radius of 1.5 m has been brought under control, said officials.

The firefighting operations are being assisted by the Army and IAF following the Assam government reached out for help. The paramilitary forces has cordoned off the area surrounding the oil well.

However, panic has gripped the people of the surrounding areas after the fire broke out as black smoke billowing out of the mishap site was seen from miles away with hundreds of local residents fleeing from the nearby areas.