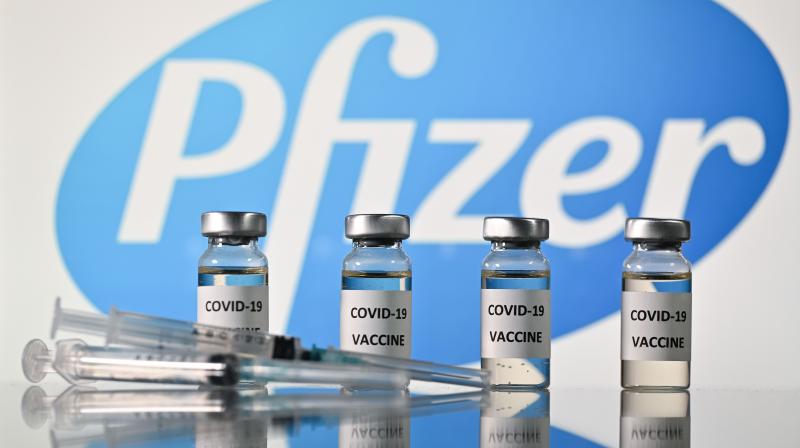 Pfizer has not sold to any country without obtaining indemnity against legal action over any adverse effects of their product. (AFP)

India is close to agreeing to grant foreign COVID-19 vaccine makers such as Pfizer Inc protection against legal liability so that it can use their shots in an immunisation campaign that is facing acute shortages, three government sources told Reuters.

"Indemnity will be granted," said one of the sources. "If one company gets it then all of them get it."

India invited Pfizer (PFE.N), Moderna (MRNA.O) and Johnson & Johnson (JNJ.N) in April to sell their vaccines after infections rocketed. However, no deal has been signed.

Pfizer has not sold to any country without obtaining indemnity against legal action over any adverse effects of their product.

India has not granted indemnity to any COVID-19 vaccine maker, but the sources, who requested anonymity, said the government was having a change of heart.

The government has already met one of Pfizer's other key demands by dropping a requirement that foreign vaccines undergo local trials.

Another government official said he expected Pfizer vaccines to be delivered in August. He said initial recipients of foreign shots could be monitored, before a mass roll-out "once we are sure of its efficacy on Indians."

Neither the foreign or health ministries responded to a request for comment.

Pfizer declined to comment on its discussions with the Indian government but said it sought indemnity wherever it supplied its vaccine.

"We seek the same kind of indemnity and liability protections in all of the countries that have asked to purchase our vaccine, consistent with the local applicable laws to create the appropriate risk protection for all involved," a Pfizer spokeswoman said in an email to Reuters.

One of the sources said India was negotiating prices of $10-$12 per dose for foreign shots. The European Union is paying 15.5 euros ($18.86) per dose for the Pfizer vaccine developed with Germany's BioNTech (22UAy.DE). read more

The Pfizer spokeswoman said the company had offered doses to many countries at a not-for-profit price.

India has administered more than 239 million vaccine doses - mainly a licensed version of the AstraZeneca (AZN.L) drug produced locally - the most in the world after China and the United States. But with a population of 1.35 billion people, India's vaccination rate is much lower than many countries.