The wife, a resident of Hyderabad, was allegedly locked up in a bathroom for four days. 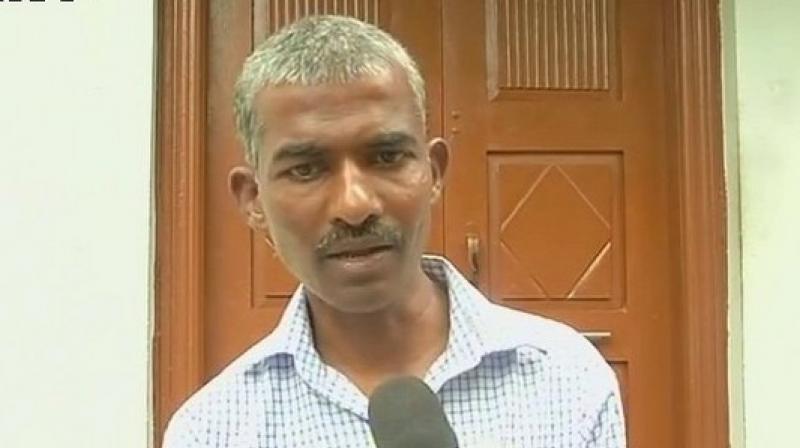 The man appealed to the Central Government and Swaraj to get her back. (Photo: ANI)

Macha Ravi said that his wife, who works in Saudi Arabia, was being allegedly tortured and was also confined in a bathroom for four days.

The woman is a resident of Hyderabad.

He appealed to the Central Government and Swaraj to get her back.

"I request Sushma Swaraj and Central Government to rescue my wife and bring her back to India, from Saudi," Ravi.