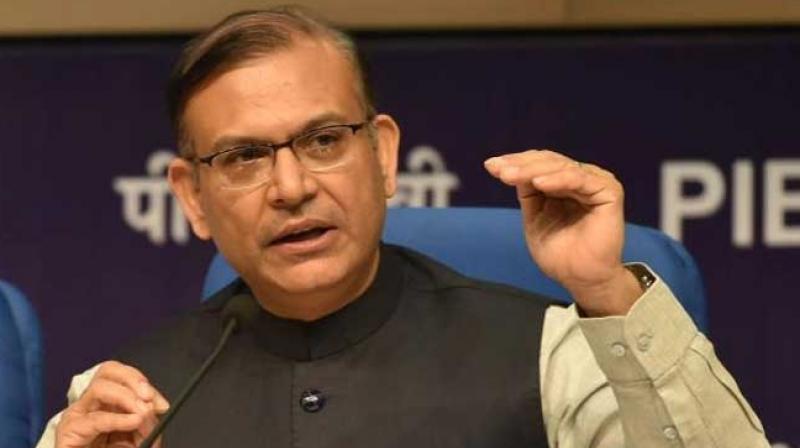 New Delhi: Fifty senior retired civil servants, including former secretaries to the Government of India and former ambassadors, have expressed concern over Union minister of state Jayant Sinha garlanding eight persons allegedly involved in a lynching case in Jharkhand after they were released on bail. They have also demanded the immediate removal or resignation of Mr Sinha.

Turning on the political heat, the Congress too Monday questioned the silence of Prime Minister Narendra Modi on lynching incidents across the country, and demanded the resignation of Mr Sinha. Congress leader Pramod Tiwari said the silence of the PM and BJP president Amit Shah, and the honouring of convicts by a minister give “a guarantee” to the perpetrators that they have the support and encouragement of the highest levels of the government.

The Congress and other Opposition parties are gearing up to attack the minister in the coming Monsoon Session of Parliament, which will begin on July 18. Congress leader Pramod Tiwari asked: “When will Prime Minister Modi unequivocally condemn the growing acts of violence which are creating a further divide in the faultlines that exist? Does PM Modi believe his silence will reap political benefits for the BJP?” Mr Tiwari also asked when home minister Rajnath Singh would seek a report from various states that were reporting growing incidents of such hate crimes and mob violence.

On Sunday, Congress MP Kapil Sibal had also hit out at the government over Mr Jayant Sinha garlanding those involved in a lynching case. He termed them as “lynch pujari” in a retort to Prime Minister Modi calling the Congress a “bail gaadi” as some of its leaders are on bail.