India   All India  10 Jul 2018  Give 4 marks extra to 49 erroneous questions in Tamil version of NEET: HC to CBSE
India, All India

Give 4 marks extra to 49 erroneous questions in Tamil version of NEET: HC to CBSE

Madras High Court judges said students who took NEET in Tamil should be suitably compensated to provide a level-playing ground. 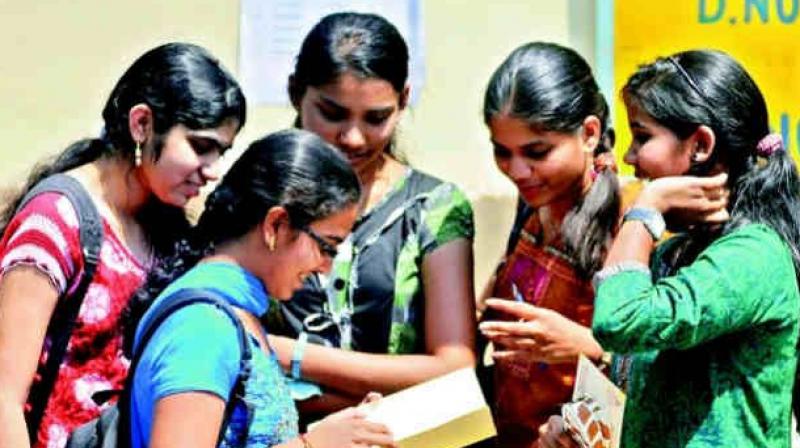 Passing the orders on a public interest litigation, Justices C T Selvam and A M Basheer Ahamed of the Madurai Bench also directed the CBSE to consequently revise the list of eligible candidates and publish it afresh.

The bench, however, said it shall be open to authorities concerned to go about the counselling process (which is already on in Tamil Nadu) for eligible candidates.

Petitioner senior CPI-M leader T K Rangarajan has sought full marks for the 49 questions, saying key words in the Tamil questions were wrongly translated from English and this caused confusion for the students.

The judges said the students who took the NEET for admission to the medical and dental colleges in Tamil should be suitably compensated to provide a level-playing ground.

Referring to the CBSE's submission that the decision on most appropriate answer was taken by experts and marks were awarded based on that, the bench wondered whether the board entrusted with the conduct of such a national-level examination could be so uncertain about the answers for the questions raised by it.

Such an exercise, giving marks for the most appropriate answer, might be acceptable for civil service examination.

But to do it in respect of the NEET examination for students aged 17-18 should not have been thought of.

The level of difficulty should not be raised to such a level for the teenagers, the bench said in its order.

Referring to the question of locus standi of the CPI-M leader to move the court on the issue, the judges said asking 49 erroneous questions out 180 questions was large enough public interest and it mattered little as to who raised it.

The judges lamented why the private plus two students were not eligible to take the NEET examination.

Many students had to work at home to help their parents, they said.

The CBSE conducted the NEET on May 6 in 136 cities in 11 languages, the results of which were announced on June 4.

In Tamil Nadu, about 1.07 lakh candidates took the test across 170 centres in 10 cities.