Modi noted that the menace of corruption has adversely impacted the development of the country and has eaten the polity from the inside. 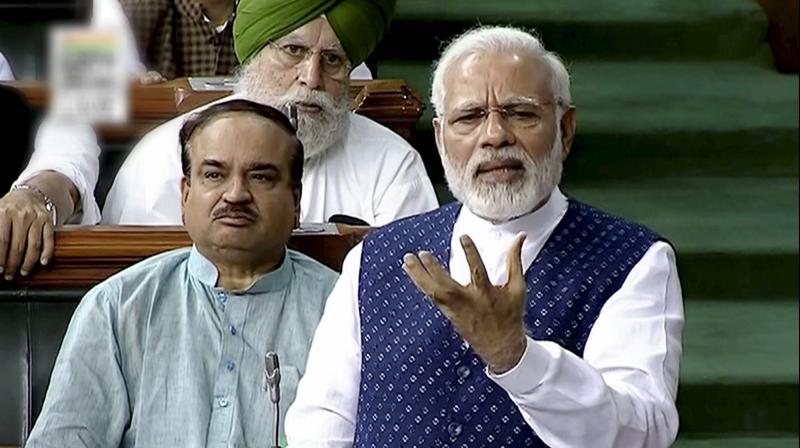 New Delhi: Prime Minister Narendra Modi on Wednesday gave a clarion call for ending corruption, poverty and illiteracy in India in the next five years, setting the year 2022 as the target.

Describing them as greatest challenges to the society, he said that to eliminate these ills, a pledge of “Karenge aur kar ke rahenge” (We will do and surely do), needs to be taken.

Addressing Lok Sabha during a special discussion to commemorate the 75th anniversary of the Quit India Movement, the Prime Minister said that from 2017 to 2022, when India turns 75, there is a need to create the same spirit that existed between 1942 and 1947.

He said that in the next five years, till 2022, India must try to bring positive changes so that it can be an inspiration for other nations, and added that this is possible only by following the path of “sankalp se siddhi tak”.

India’s freedom from colonial rule was not only a defining moment for India, but for other countries as well, the Prime Minister said during his half-an-hour long speech.

Mr Modi noted that the menace of corruption has adversely impacted the development of the country and has eaten the polity from the inside.

Corruption, poverty, illiteracy and malnutrition are the greatest challenges that India now needs to overcome and a common resolve is needed for this, he said, adding, “In 1942, the clarion call was ‘Karenge ya Marenge’ (Do or Die) — today it is ‘Karenge aur kar ke rahenge.’ The next five years should also be about ‘Sankalp Se Siddhi’, a resolve which will lead us to accomplishment.”

He said from 1857 to 1942, the move towards freedom was incremental, but the years from 1942 to 1947, were transformative and delivered on the objective. He urged MPs to rise above differences and join in a common effort to create an India of the dreams of our freedom fighters.

The Prime Minister recalled the role of women during the freedom struggle, and said that they can add immense strength to the common objectives even today.

Mr Modi said the recollection of movements such as the Quit India was a source of inspiration and the young generation has a responsibility of passing on the legacy of such movements to future generations.