High waves in the range of 3-4 metres are also expected till midnight of August 11 along the coast of Kerala. 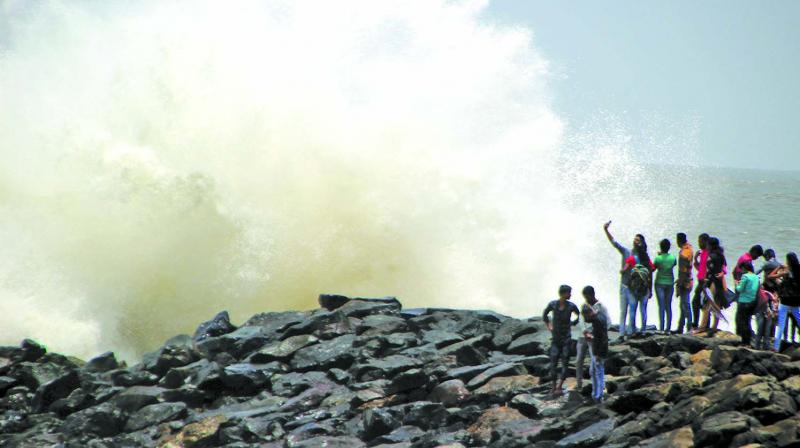 Thiruvananthapuram: The India Meteorological Dept (IMD) has on Saturday issued Red and Orange alerts for eight and six districts, respectively, in Kerala for today.

Red alert has been issued for Ernakulam, Idukki, Palakkad, Malappuram, Kozhikode, Kannur, Wayanad and Kasargod districts, while the Orange alert is for Thiruvananthapuram, Kollam, Pathanamthitta, Alappuzha, Kottayam and Thrissur districts.

The weather body has also announced Red alert warning for three districts - Wayanad, Kannur and Kasargod - for August 11 while Ernakulam, Idukki, Thrissur, Palakkad, Malappuram and Kozhikode have been put on Orange alert.

Earlier, fishermen from the state had been advised not to venture into the sea as strong winds from the westerly direction, with speed reaching 45-55 kmph were likely along and off the Kerala coast.

High waves in the range of 3-4 metres were also expected till midnight of August 11 along the coast of Kerala from Pozhiyoor to Kasargod.

The Kerala Chief Minister's Office has opened a 24-hour control room to monitor the rescue and relief operations in the state.

As many as 24 relief camps have started functioning in the state, while over eight Engineer Task Forces (ETFs) have been deployed in various districts like Alappuzha, Ernakulam, Pathanamthitta, Idukki, Malappuram, Wayanad, Kannur and Kozhikode.

In coordination with the Navy and Air Force, the Army has also intensified the relief and rescue operations by deploying a total of 123 rescue teams in 16 flood-affected districts spreading across four affected states -- Maharashtra, Karnataka, Kerala, and Tamil Nadu.