This comes closely a month after her sister requested the Minister of External Affairs (MEA) Sushma Swaraj to bring her back. 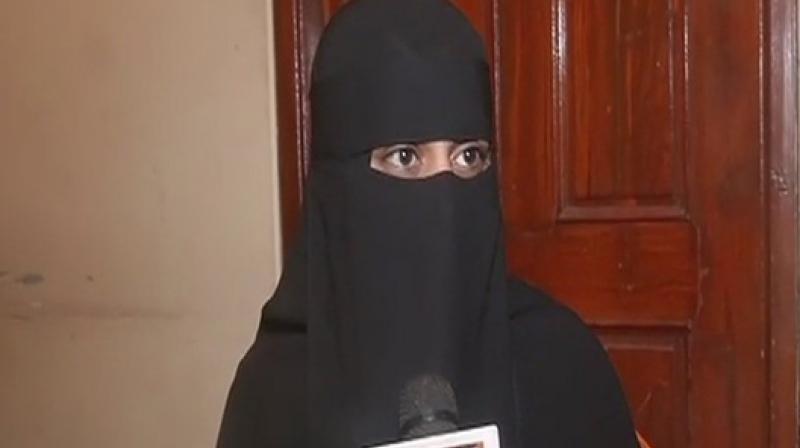 Hyderabad: A woman hailing from Hyderabad, who allegedly faced mental and sexual harassment from her employer in Saudi Arabia's Riyadh, has been brought back home safely.

This comes closely a month after her sister requested the Minister of External Affairs (MEA) Sushma Swaraj to bring her back.

The woman, Humera Begum, while speaking about the ordeals, said that she was beaten up and tortured by her employers in Riyadh.

"I was in a lot of trouble there. I was not even given food. They tortured me and beat me up. They didn't let me talk to my sister back home. They did things like holding my hand when I served them food," she said, adding, "I want to thank the Indian Embassy, that helped me a lot and brought me here, she said.

Thanking the authorities for bringing her back, Humera also mentioned that around fifteen more women are still there in the same condition, trying to escape, but are unable to find a source to do so.

Humera Begum returned to India with the help of Minister of External Affairs Sushma Swaraj and Protector General of Emigrants MC Luther.

Earlier in August, Humera's sister sought for Swaraj's help to rescue the former.

Humera went to Riyadh on July 23, believing the fake promises of an agent, named Sayeed, who said that she would get an opportunity to do 'UMRAH,' there.

On that note, 'Umrah' is an Islamic pilgrimage to Mecca, Hijaz, Saudi Arabia, performed by Muslims that can be undertaken at any time of the year, in contrast to the Hajj, which has specific dates according to the Islamic lunar calendar. In Arabic, 'Umrah' means 'to visit a populated place.'

Humera was told by the agent that she would also have to work as a caretaker of a small family, on a monthly salary of Rs. 25,000 per month.