The study also found growing usage of injectable opioids like heroin and buprenorphine in the Union Territory and state capital Chandigarh. 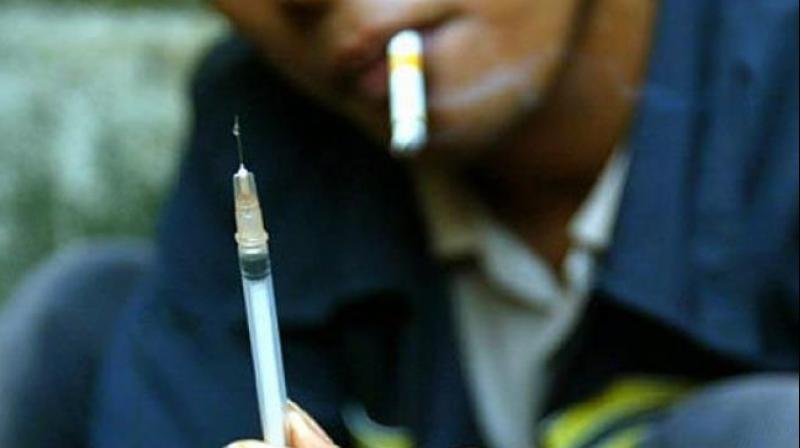 As much as 14.7 per cent (29.7 lakh) of total population in Punjab was estimated to be hooked on substances like alcohol, tobacco, opium, charas and heroin. (Photo: PTI)

Chandigarh: Up to 2.70 lakh people in Punjab are addicted to narcotics like opium, heroin, poppy husk and synthetic drugs, a study by the Postgraduate Institute of Medical Education and Research has said.

According to the study, conducted between 2015 and 2016, one in six people in the state were dependent on one substance or the other and their use is is more common in rural areas.

“We studied the use of all substances including alcohol, tobacco, opium, charas, heroin and synthetic drugs. A high figure of their consumption has been found. But if we concentrate only on opioid dependence, a population between 1.70 to 2.70 lakh in Punjab is dependent on opium, heroin, poppy husk, buprenorphine and smack,” said Professor Ajit Avasthi, head of the department of psychiatry, PGIMER.

The highest prevalence of substance abuse was found in Mansa district (39 per cent of the population) while the minimum prevalence was in Ferozepur district with eight per cent.

The study also found growing usage of injectable opioids like heroin and buprenorphine in the Union Territory and state capital Chandigarh. About 7,000 people, mainly youths, were dependent on such opioids, said he. “We have seen a trend in Chandigarh in which injectable opioids were commonly being used. This is a health hazard. Among them, buprenorphine was the commonest type.”