New Delhi used to witness no less than 20,000 dengue cases on average each year, has seen AAP launch two-front attack against dengue. 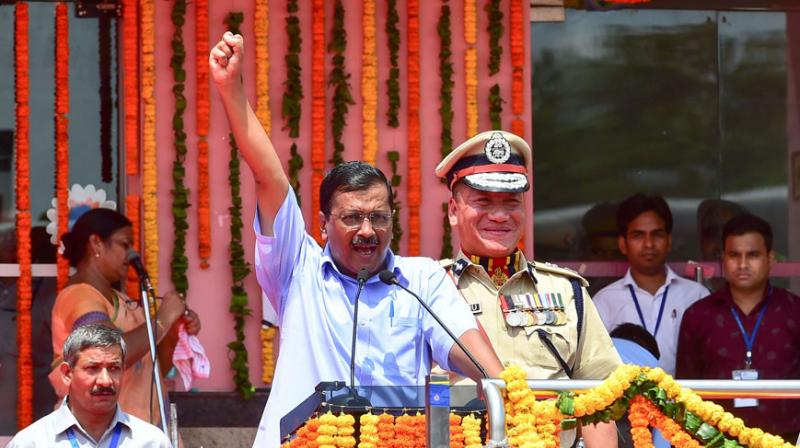 Cooperation from the citizens along with the efforts by the Arvind Kejriwal government have helped curb a majority of mosquito-borne diseases in Delhi. (Photo: PTI)

New Delhi: The national capital is finally heaving a sigh of relief towards the end of the monsoons thanks to committed efforts by the state government in combating mosquito-borne diseases like malaria, chikungunya and dengue as well as monsoon diseases. Cooperation from the citizens along with the efforts by the government have helped curb a majority of mosquito-borne diseases in Delhi, reported News18.

The national capital that used to witness no less than 20,000 dengue cases on an average each year, has seen the AAP government launch a two-front attack against dengue.

According to a report in The Hans India, the first mohalla clinic of Delhi was inaugurated on July 19, 2015, at Peeragarhi area of West Delhi and it took another 9 months to set up an additional 100 clinics. Notably, by December 2016, a total of 106 clinics were established across all 11 districts and in 55 of the total 70 assembly constituencies of the state. While the government had planned 1,000 such clinics, only 10 percent of the target number could be achieved by the timeline of December 2016.

The delay in the setup of the mohalla clinics have been attributed to a number of factors like insufficient advance planning as there were no operational plans developed until 1 year into the implementation. Other factors include difficulty in selecting of the sites since the land is not controlled by the state government, delay in obtaining approvals at various levels and frequent change in technical leadership in the departments.

An official release from the Government of Delhi reported that by July 2016, nearly 800,000 people had availed health services. Furthermore 43,000 pathological tests were conducted in 5 months. The report states that every clinic was catering to 70 to 100 patients on an average on all working days, reported News18.

Back in 2016 in September-October, when Delhi witnessed an outbreak of dengue and Chikungunya, the neighbourhood clinics became a key entry point for patients to get examined and laboratory test for dengue done.

By the end of the year 2016, around 1.5 million patients were treated and diagnosed at these clinics, most of which were functioning for less than a year till then. Subsequently, Chikungunya cases are nominal this year and viral fevers to have come down.

In addition to these, a new campaign has been launched by the Chief Minister Arvind Kejriwal, "10 Hafte, 10 Baje, 10 Minute" which asks people to inspect their households to prevent mosquito breeding grounds.