Shivakumar through an application has sought extra time to meet family and lawyers from 30 minutes to 1 hour. 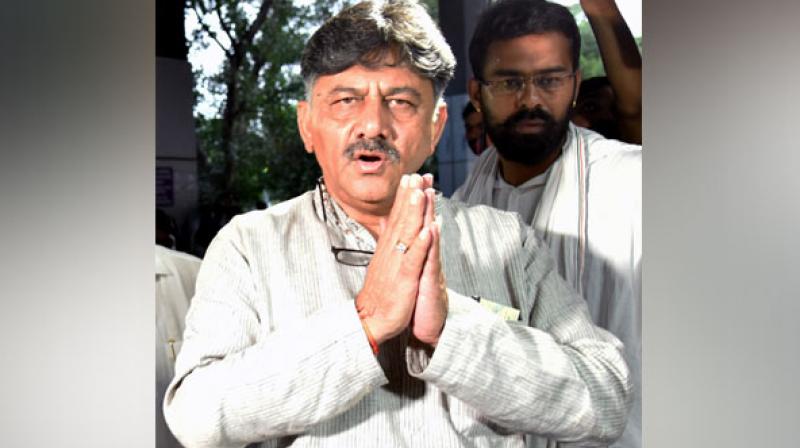 D K Shivakumar is currently in Enforcement Directorate (ED) custody till September 13 in connection with an alleged money laundering case and his bail application also will be heard on the same day. (Photo: ANI)

New Delhi: A special court here on Monday refused to increase the time allotted to Karnataka Congress leader DK Shivakumar, who is under Enforcement Directorate (ED) custody till September 13, for meeting his family members and lawyers.

D K Shivakumar is currently in Enforcement Directorate (ED) custody till September 13 in connection with an alleged money laundering case and his bail application also will be heard on the same day. A Delhi court on September 4 sent Congress leader to ED custody.

Earlier, while seeking remand, ED had sought Shivakumar's custody asserting that he gave evasive replies and remained non-cooperative during the investigation.

Additional Solicitor General (ASG) KM Natraj told the court that there is a reason to believe that Shivakumar is guilty of laundering money and his custodial interrogation is required to confront him with documents.

The counsel further contended that the assets of his whole family have grown phenomenally over the past few years.

Senior advocate Abhishek Manu Singhvi, representing Shivakumar, strongly opposed the remand application of the agency and said that a bail application has been moved on his behalf.

On August 29, the Karnataka High Court had dismissed his petition challenging the summons issued by the ED in December 2018. Later that night, he was summoned by the law enforcement agency under the Prevention of Money Laundering Act (PMLA) and was asked to appear before it on August 30, following which he was interrogated for four days.

The 57-year-old leader had earlier asserted that he has not done anything wrong and will fully cooperate with the investigating agency.

Shivakumar was arrested by the agency in a money laundering case was registered by the agency against him in September last year, based on a complaint filed by the Income Tax Department.

The I-T department, during the initial probe, had found unaccounted and misreported wealth linked to Shivkumar.

It also came across money laundering and hawala operations, involving a network of persons across Delhi and Bengaluru. They had allegedly set up a base in order to transport and utilise the unaccounted cash.