The matter had raised a furore in India, with several political leaders across parties asking for action to be taken against perpetrators. 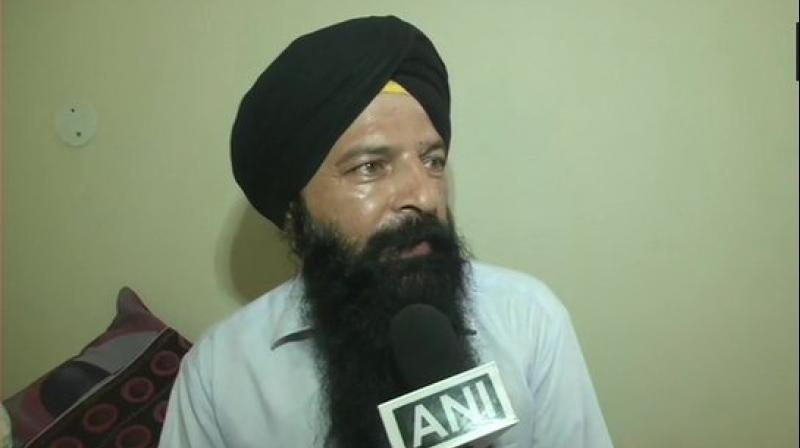 Baldev Kumar, a former MLA of Pakistan Tehreek-e-Insaf (PTI party) from Barikot in Khyber Pakhtun Khwa (KPK) assembly, is in India, along with his family, to seek political asylum here. (Photo: ANI | Twitter)

New Delhi: Pakistan's record of using unfair means of treatment against the minority communities was exposed once again after a former legislator of Prime Minister Imran Khan's party sought political asylum in India in one of the latest reports of atrocities across the Muslim-majority country.

Baldev Kumar, a former MLA of Pakistan Tehreek-e-Insaf (PTI party) from Barikot in Khyber Pakhtun Khwa (KPK) assembly, is in India, along with his family, to seek political asylum here.

Baldev, 43, no longer wants to return to Pakistan and has alleged that minorities, including Hindus and Sikhs, are being prosecuted in Pakistan.

In 2016, a sitting MLA from his constituency was assassinated. Baldev was charged with a false murder case and acquitted in 2018.

However, the above incident was not the only incident of atrocities against minorities in the cash-strapped nation. In Pakistan, many such incidents are regularly reported where Hindu, Sikh and Christian girls are forcibly converted to Islam and married to Muslim men.

The recent incident of abduction, forcible marriage and religious conversion of a Sikh girl of Nankana Sahib is a telling example. Jagjit Kaur daughter of the Granthi of Nanakana Sahib Gurdwara, the birthplace of Shri Guru Nanak Dev, in Pakistan, was allegedly abducted and forcibly converted to Islam after her marriage to a Muslim man.

The matter had raised a furore in India, with several political leaders across parties asking for action to be taken against the perpetrators.

The incidents have come at a time when Pakistan has been ranting up its diabolic rhetoric of the so-called mistreatment of minorities in India, particularly Muslims, ever since the Indian Parliament decided to revoke the especially accorded constitutional status of Jammu and Kashmir. However, the fact remains that Pakistan remains a thoroughly unsafe country for its own minorities.

Pakistan has repeatedly been asked by the international community to end discrimination against religious minorities on its soil. Last month, the United States, the UK, and Canada raised the issue of suppression of religious freedom Pakistan and slammed the nation for "persecuting and repressing" its religious minorities.

The incidents are occurring despite the PTI government's promises to keep a check on anti-Hindu sentiments and its failure to cater the minorities with equal rights and justice.

The cricketer-turned politician's time and again ranting of diabolic rhetoric against the RSS ideology, especially in the wake of the abrogation of Article 370 in Jammu and Kashmir is a burning example.

Amid such incidents, the Prime Minister currently needs to focus on its cash-strapped economy and providing equal rights to his countrymen, instead of calling "the goons of the RSS" are lynching people, threatening judges, intellectuals, and deeming anyone who speaks against them as anti-nationals, which is "exactly what the Nazis did. India is heading towards disaster with extremist ideology".