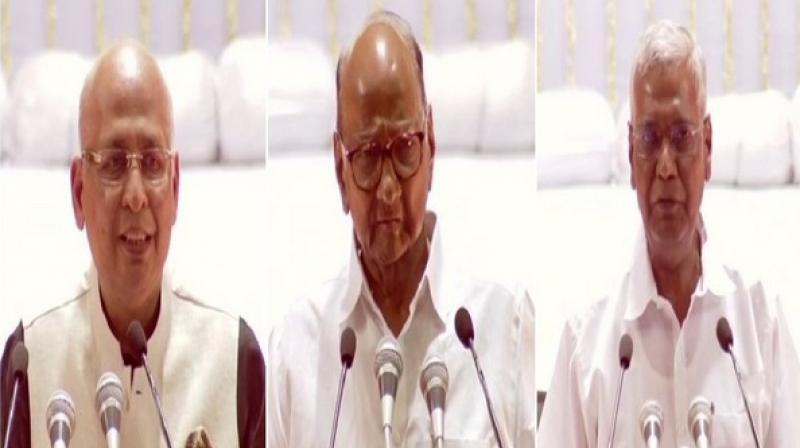 Senior Congress leader Abhishek Manu Singhvi recollected his time with Jaitley during parliamentary debates and court arguments where both found each other sitting in the opposite sides.

"We have lost a good man in public life, a decent human being, an able and respected professional, a witty thinker, a lifelong student of politics, a remarkable communicator, a committed pillar of his party and a friend to many many people," he said.

Nationalist Congress Party President Sharad Pawar reminisced about his interactions with Jaitley when he was the BCCI president and the BJP leader was with the Delhi and District Cricket Association.

On an emotional note, Pawar said, "Despite different political ideologies we always shared a great personal relationship. But today I am unhappy with him, because he had no right to go before us."

"Arun ji was always argumentative but never abusive. Both of us used to take diametrically opposite positions on national, international and economic issues but he never showed any hostility, hatred or personal animosity. He was a great human being and a wonderful person," Raja said.

The former Union Minister Arun Jaitley passed away in New Delhi on August 24 at the All India Institute of Medical Sciences (AIIMS). He was 66. He was cremated with full state honours at the Nigambodh Ghat in the national capital on August 25.