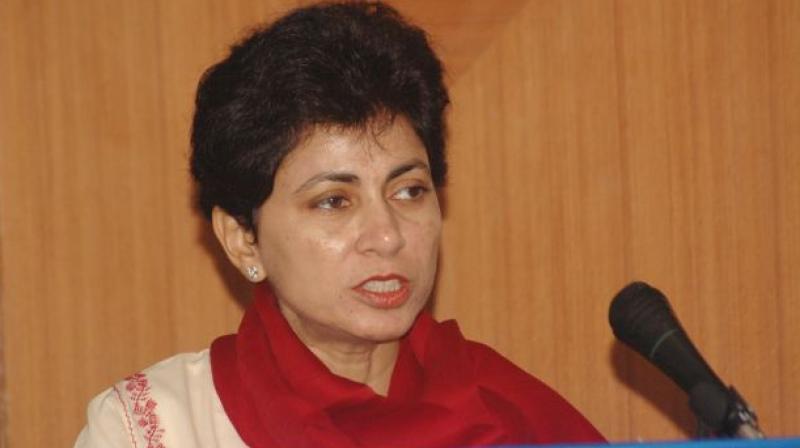 New Delhi: Despite the party high-command affecting a regime change, factional politics might cost the Congress dearly in the coming Assembly polls in Haryana and to address this, the party might be exploring a seat-sharing deal with the Bahujan Samaj Party (BSP) in the state.

Absence of former Pradesh Congress chief Ashok Tanwar and CLP leader Kiran Chowdhary when the new state party chief Kumari Selja took charge in Chandigarh on Saturday made it evident that all was, still, not well in Haryana Congress.

Sources told this newspaper that Mr Tanwar, who had been replaced by Ms Selja by the Congress central leadership bowing down to the demands of former chief minister Bhupinder Hooda, refused to even take the phone calls of general secretary in-charge of the state Ghulam Nabi Azad.

Meanwhile, speculation was rife that the Congress has opened back-channel talks with the BSP for an alliance for the coming Assembly polls in the state. Sources said this could be seen in the backdrop of Mr Tanwar being a dalit leader himself and chances of his non-cooperation being high.

Officially though both the BSP and Congress’ Mr Azad dismissed the speculation, sources said it was again the factional politics which was behind this exploration of alliances with the BSP.

It might be recalled that last week, the BSP had announced that it had called off its alliance with Dushyant Chautala's Jannayak Janata Party (JJP) for the Haryana polls. The Mayawati-led party said it would field candidates from all Assembly seats.

In a tweet in Hindi, Ms Mayawati said that the agreement reached with Dushyant Chautala for the upcoming Assembly elections in Haryana was inappropriate in terms of the proposed seat-sharing formula.

Assembly polls are scheduled to be held in Haryana next month and the Congress did not manage to win even a single seat in Haryana in the recent Lok Sabha polls.

Political pundits accrue this mainly to the factionalism in the party’s state unit.

Raising the banner of revolt, Mr Hooda had in a rally last month attacked the Congress’ stand over Article 370 and had even hinted at forming his party. His chief demand had been removal of Mr Tanwar as the state PCC chief.

The Congress in Haryana is split into factions, led by besides Mr Hooda and Mr Tanwar, Randeep Singh Surjewala, Ms Selja and former CLP leader Kiran Chowdhary. However, it is the rivalry between Mr Hooda and Mr Tanwar which has embarrassed the party most with Mr Azad having had to walk out of a stock-taking meeting after the Lok Sabha poll debacle when supporters of both leader came to blows.

Mr Tanwar, a former president of the Indian Youth Congress, is seen to be an appointee of former Congress president Rahul Gandhi.

However, taking into account the Jat base of the Hoodas, the party high-command replaced Mr Tanwar with Ms Selja and made the senior Hooda the chief of the Campaign Management Committee as well as the CLP leader.