Hailing from Koratty in Thrissur district, Krishnan is a final year postgraduate student in Sanskrit. 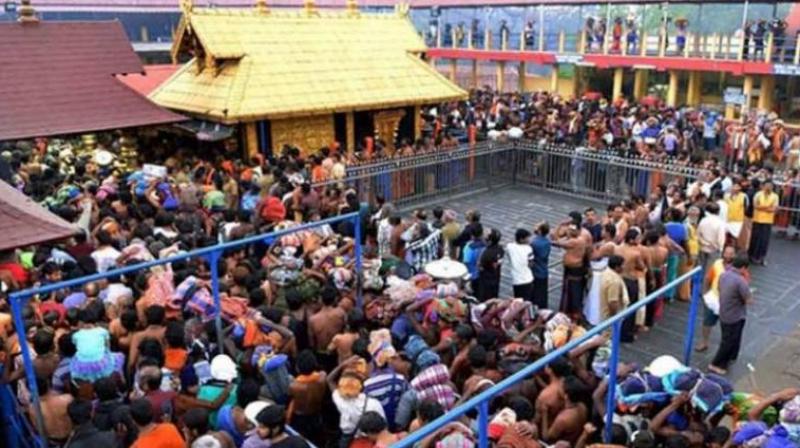 The proclamation was a royal decree, which opened temples of Travancore to the so-called lower caste Hindus in 1936. (Photo: PTI/Representational)

Pathnamthitta (Kerala): Yedu Krishnan scripted history on Monday by becoming the first Dalit priest in Kerala to assume duties at the sanctum sanctorum of the Manappuram Lord Shiva Temple at nearby Thiruvalla.

In a landmark step, 36 non-brahmins were recently recommended for appointment in various temples under the Travancore Devaswom Board, which manages at least 1,248 shrines in the state, including the famous Lord Ayyappa temple at Sabarimala.

Son of P.K. Ravi and Leela, Krishnan (22) had undergone 10 years training in Tantra shastra. He is among six Dalits out of the 36 non-Brahmins recommended for appointment as priests by the Kerala Devaswom Recruitment Board.

Hailing from Koratty in Thrissur district, Krishnan is a final year postgraduate student in Sanskrit.

He had begun performing pooja at the age of 15 at a local temple near his house. Krishan’s presence inside the sanctum sanctorum of the shrine comes at a time when Kerala is set to observe the 81st anniversary of the historic Temple Entry proclamation on November 12.

The proclamation was a royal decree, which opened temples of Travancore to the so-called lower caste Hindus in 1936.