The panel, which also includes Rahul Gandhi, will also deliberate on a number of other key foreign policy issues. 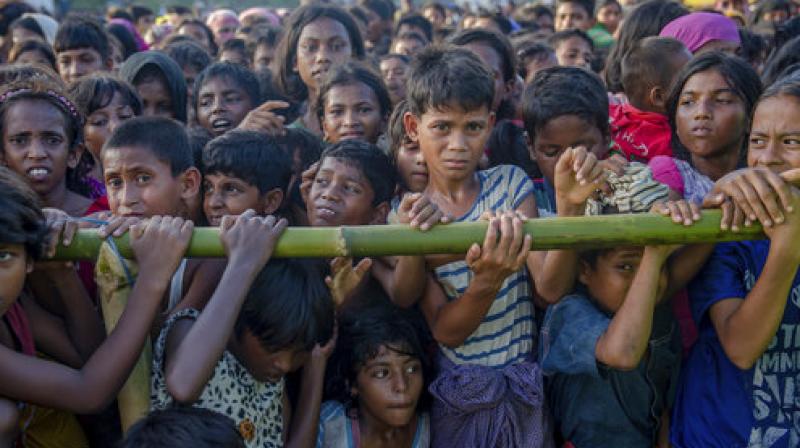 In this Sept. 25, 2017 file photo, Rohingya Muslim children, who crossed over from Myanmar into Bangladesh, wait to receive handouts near Balukhali refugee camp, Bangladesh. (Photo: AP)

New Delhi: The over two-month-long Doklam standoff and the Rohingya refugees issue will be examined by a parliamentary panel on external affairs headed by Congress parliamentarian Shashi Tharoor.

The panel, which also includes Congress vice-president Rahul Gandhi, will deliberate on a number of key foreign policy issues at its next meeting which is likely to be held next month, one of its members said.

The border situation and the Doklam standoff, relations with Myanmar and the Rohingya issue are among subjects selected by the panel for deliberations, according to the Lok Sabha bulletin.

Voting rights to non-resident Indians or NRIs, the crisis in the European Union after Brexit and implications for India and performance of passport issuance system including issuance of e-passport are topics for discussions shortlisted by the panel for its year-long agenda.

Foreign Secretary S Jaishankar had in July briefed the panel on the Doklam standoff.