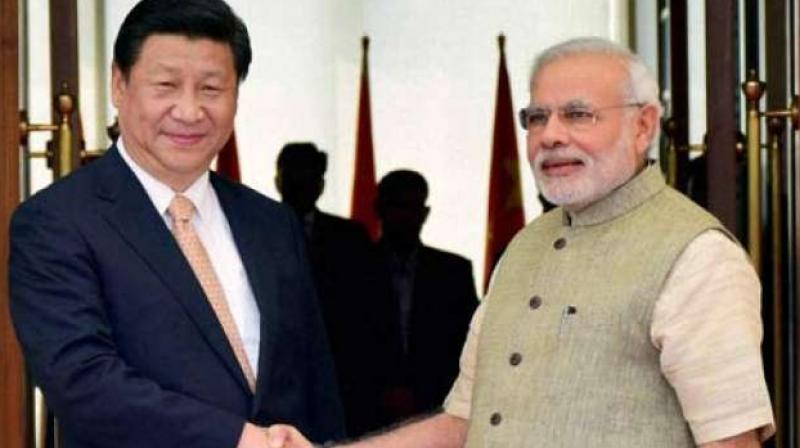 Through its embassy in Delhi, China reached out to India after US imposed steep tariffs on Chinese goods. (Photo: PTI)

New Delhi: India and China need to deepen cooperation to fight trade protectionism in the wake of the unilateral approach being adopted by the US on trade-related disputes, the Chinese Embassy in New Delhi said on Wednesday.

It said practising unilateral trade protectionism in the name of "national security" and "fair trade" will not only affect China's economic development, but also undermine the external environment of India and hinder India's booming economy.

"As the two largest developing countries and major emerging markets, China and India are both in the vital stage of deepening reform and developing economy, and both need stable external environment," said Counselor Ji Rong, spokesperson of the Chinese Embassy in India.

He was replying to media queries relating to trade friction between China and the US.

Last month, US President Donald Trump imposed tariffs worth USD 200 billion on Chinese imports. China retaliated by imposing tariffs on about USD 60 billion on US imports.

"Under the current circumstances, China and India need to deepen their cooperation to fight trade protectionism," Ji said.

The Chinese Embassy spokesperson also said the US should reflect on its own practice of interfering in the internal affairs of developing countries such as China and India under the pretext of human rights and religious matters.

"The so-called 'militarisation' of South China Sea by China is distorting of facts. The US should stop making troubles and creating tensions, and respect the efforts of relevant parties to resolve problems through negotiation and consultation," Ji claimed.

At the same time, Ji said, Beijing was open to all initiatives that will help regional development and cooperation.

"The allegation that China has put some developing countries into 'debt trap' is nothing but an attempt to sow discord," Ji claimed.

He also claimed that China's economic cooperation with other developing countries is to ensure win-win situation and common development.

"China is open to all initiatives that will help regional development and cooperation. What we are firmly against is attempts to use the so-called Indo-Pacific strategy as a tool to counter China

He said China was looking forward to the US taking concrete steps to become a trusted partner of the developing countries.