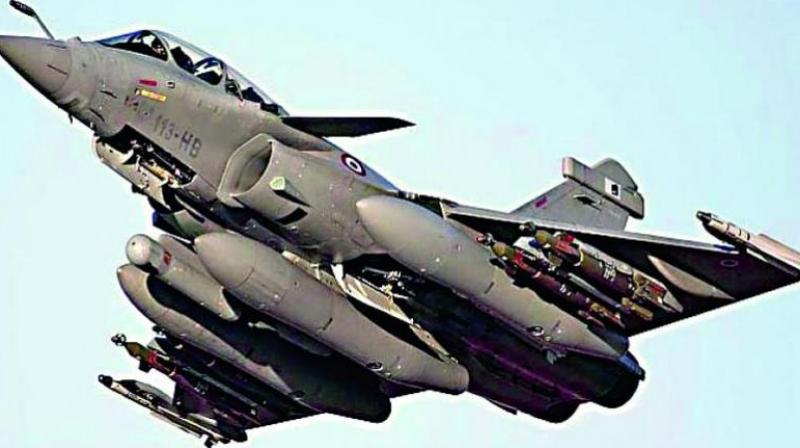 The Supreme Court clarified that it does not want information on pricing and technical details of the Rafale fighter jet deal. (Photo: File)

The apex court clarified that it does not want information on pricing and technical details of the Rafale fighter jet deal.

Petitioner ML Sharma argued that there was corruption in the Rs 59,000 crore deal for 36 fighters from France's Dassault.

The court clarified that it is not taking into account allegations made in petitions.

The deal was announced by Prime Minister Narendra Modi and former French president Francois Hollande in 2016.

"We are not issuing notice to the government. We make it clear that the court hasn't bought into the arguments made by the petitioner. Their arguments are grossly inadequate," the Supreme Court said, adding, "We want to satisfy ourselves on the steps taken in the decision-making. We are not going into the issue of suitability keeping in mind the sensitivity of the issue."

The Centre has opposed pleas on Rafale fighter jet deal filed in the apex court and sought their dismissal on ground that they have been filed to gain political mileage.

Attorney General KK Venugopal told the Supreme Court that the Rafale deal pertains to national security and such issues cannot be reviewed judicially.

"National security is involved and the court is being used on the eve of polls to gain politically in the bitter fight between the government and the opposition," KK Venugopal said.