India   All India  10 Oct 2020  No indication of any tactical military help from China to Pakistan: Indian Army
India, All India

No indication of any tactical military help from China to Pakistan: Indian Army

Chinar Corps, however, said there is military cooperation between Pakistan and China in terms of equipment 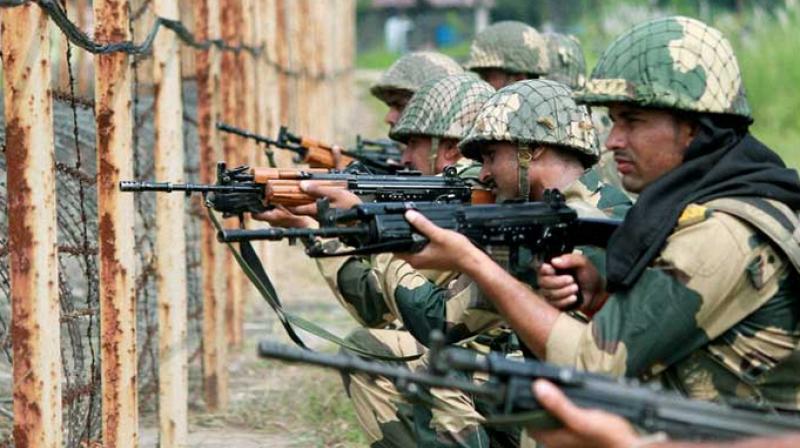 Srinagar: Amid reports that China is helping Pakistan set up sites for surface-to-air missiles in Pakistan-occupied Kashmir (PoK), a top Army commander here on Saturday said there is no indication of any tactical help being extended by Beijing to Islamabad.

Corps Commander of the Army's Srinagar-based Chinar Corps Lt Gen B S Raju, however, said there is military cooperation between Pakistan and China in terms of equipment.

Amid the continuing standoff between Indian and Chinese troops in Ladakh, media reports quoting intelligence inputs have claimed that China is helping Pakistan set up sites for surface-to-air missiles in PoK as soldiers of their armies have been carrying out joint patrols in the region.

Gen Raju said there has not been any such indication.

"I have seen the reports in the media. Whether Pakistan is helping China or China is helping Pakistan, we have no such indication," he told reporters on the sidelines of a passing out-cum-attestation parade at the Jammu and Kashmir Light Infantry Regimental Centre on the outskirts of the city here.

"But because of the CPEC (China-Pakistan Economic Corridor), there is the presence of China in Pakistan. The military cooperation in terms of equipment is there, but we are not seeing any tactical help," he said.

According to the reports, the construction work for the installation of surface-to-air missile defence system is being carried out by the Pakistan army and China's People's Liberation Army at Pauli Pir near Lasadanna Dhok of PoK.

Pakistan army personnel and dozens of civilians are working at the construction site, the reports stated.