The US embassy in Moscow has also sent a diplomat to observe Friday’s discussions at the meeting. 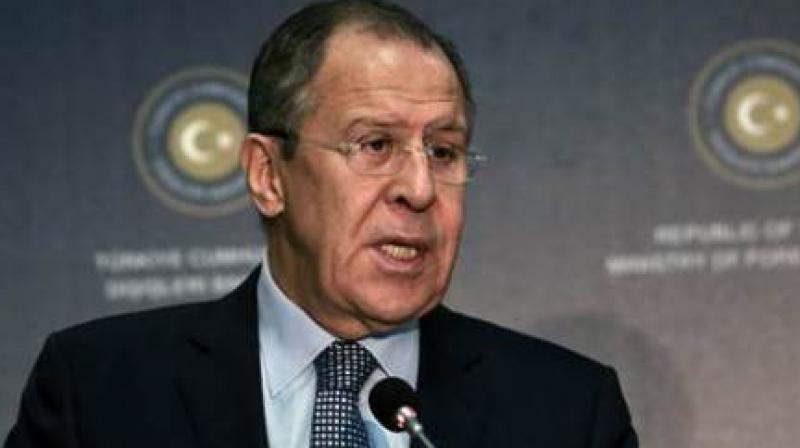 In his opening remarks at the conference, Russian foreign minister Sergey Lavrov said Russia and the countries of the region will continue to do everything possible to launch dialogue between Afghan government and the Taliban, which is banned in Russia. (Photo:PTI)

New Delhi: India on Friday attended in a “non-official” capacity a conference on bringing back peace in Afghanistan, which was hosted by Russia and participated by the Taliban as well as representatives from several countries including Pakistan, China and Iran.

Hours after the multi-lateral conference began in Moscow, India made it clear that its participation was in sync with its Afghan policy and asserted that attending the meeting did not amount to talking to the Taliban.

The ministry of external affairs (MEA) said that it was the “considered decision of the Government of India” to participate at a non-official level at the Moscow conference on Afghanistan organised on Friday but made it clear that it would not hold any talks with the Taliban which is participating in the conference.

Indian “non-official” participation at the conference is through two retired diplomats —former Indian Ambassador to Afghanistan Amar Sinha and former Indian High Commissioner to Pakistan T.C.A. Raghavan. They will return to New Delhi on Saturday and are expected to brief the MEA on the developments at the conference hosted by Russia.

In his opening remarks at the conference, Russian foreign minister Sergey Lavrov said Russia and the countries of the region will continue to do everything possible to launch dialogue between Afghan government and the Taliban, which is banned in Russia.

“We are determined to make every possible effort to facilitate the opening of a new page in the history of Afghanistan,” he was quoted as saying by the state-run Tass news agency.

The US embassy in Moscow has also sent a diplomat to observe Friday’s discussions at the meeting.

Indian government sources had told this newspaper earlier that New Delhi’s non-official participation at the conference was linked to Afghanistan presence at a non-official level. India has also not been able to ignore the conference since it has a had a decades-long time-tested friendship with host Russia.

Asked why India sent representatives to the meeting when the Taliban was participating in it, MEA spokesperson Raveesh Kumar said in New Delhi that India will be a part of any peace process which is Afghan-led, Afghan-owned and Afghan-controlled.

“We will participate in any process which is consistent with the policy we have for Afghanistan... It was decided by the government that our participation will be at non-official level,” he said.

To a question on participation of Taliban in the meeting, he said, “Where did we say that there will be talks with Taliban? We did not say that.”

Initially, the meeting was proposed for September 4 but it was called off after the Afghan government pulled out of it. India had also declined an invitation to the meeting then.

The MEA had earlier said, “India supports all efforts at peace and reconciliation in Afghanistan that will preserve unity and plurality, and bring security, stability and prosperity to the country.”

Nevertheless, New Delhi is worried since Russia is seen to have suddenly gone soft on the Afghan Taliban and its main backer Pakistan. The Taliban has carried out several terrorist attacks in Afghanistan in recent times and had even captured power in Afghanistan with Pakistani support from 1996 to 2001 when it was driven out of Kabul by the US following the 9/11 attacks.