The riots changed the cosmopolitan character of Bombay, sharpening the divide between Hindus and Muslims. 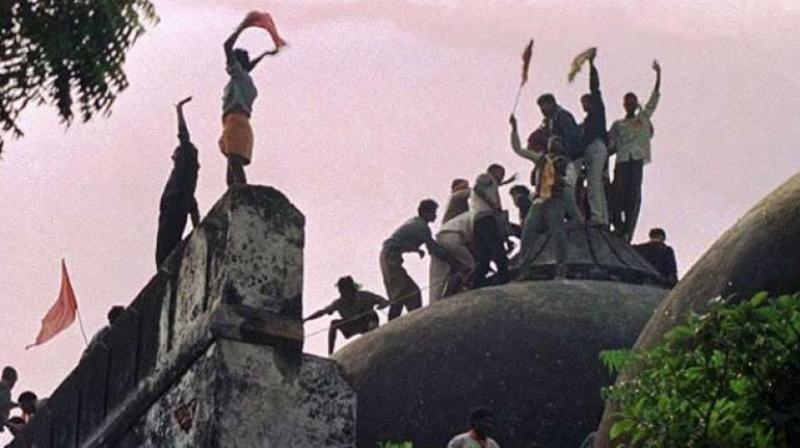 The scale of violence that swept the city was massive: People were killed inside homes and shops; many were burnt to death in taxis or in public places; shops were looted and establishments belonging to Muslims were targeted.

The country’s oldest land dispute has been resolved today and a temple will be built at Ayodhya, but few will know about a case that continues in a Mumbai sessions court, related to the communal riots in the aftermath of the demolition of the Babri Masjid on December 6, 1992.

In the Suleman Usman bakery firing case, witnesses are still being examined. The demolition of Babri Masjid became a pivot for unprecedented violence in the city, revealing the communal character of the police and the influence of parties like the Shiv Sena. Even police jeeps had the “Jai Shree Ram” stickers on their windshields. The riots changed the cosmopolitan character of Bombay, sharpening the divide between Hindus and Muslims.

There are no memorials to the over 900 lives lost (officially) in the two months of riots.  The violence is clear as daylight for some while others have moved on.

Back in 1992, it was a Sunday and I watched the Kar Sevaks climbing the Masjid on TV. My Muslim neighbours watched with me. I still recall the faces of the young boys, pale with fear. I was a reporter at The Times of India. By the time I reached office, I heard on the radio that many people were killed. Justice B.N. Srikrishna, who headed the commission of inquiry into the riots, has in his reports outlined the beginning of tensions on December 6 and 7, 1992.

Wading through police logbook entries of wireless communications, he found trouble brewing in the city at various points. By 11.34 am, trouble was reported in South Mumbai. At around 4.40 pm, local Shiv Sena leaders took out a cycle rally in Dharavi passing through several “sensitive” areas, culminating in a public meeting. The first instances of stone throwing and firing was reported at Minara Masjid in Pydhonie, at night.

There was little indication that the violence would spiral out of control and spread over two months, with the army conducting flag marches. After all, this was Bombay. I remember the anger on Mohammed Ali Road after Prime Minister P.V. Narasimha Rao’s whistle-stop tour.

As Muslims poured out of the Mosque, the army officer in-charge asked us to leave quickly. We left only after being accosted by groups of people who were in no mood to answer any questions. We had to get curfew passes to travel through desolate streets, and the city that never slept, was funereal.

The barbaric violence had barely subsided in December when the infamous Gandhi chawl incident revived it in January 1993. Two members of the Bane family and four of their neighbours, including a handicapped girl, were burnt to death at night. Naina Bane, who survived, became the “face” of the second phase of the riots. But the Shiv Sena, which exhorted Hindus to take revenge, hardly supported the Bane family later. Naina’s brother Sudarshan said the party didn't even provide Naina with a house and all of them had to fend for themselves.

The scale of violence that swept the city was massive: People were killed inside homes and shops; many were burnt to death in taxis or in public places; shops were looted and establishments belonging to Muslims were targeted. A city, which had provided refuge to many, became a hell on earth.

The timber godowns burnt for days at Reay Road and every day brought renewed clashes. I remember hiding while hearing the short bursts of gunfire in a Vikhroli slum. At night, we would travel home in office cars for safety, passing tense neighbourhoods where evidence of the day's arson was still smouldering.

Opposite The Times of India office, Victoria Terminus (now CSMT) was bursting with people fleeing in trains packed beyond capacity. Some of them were never to return. Hospitals were packed with those injured from bullet and knife wounds. As reporters, we visited and counted the dead in Cooper and JJ Hospital. In long corridors or courtyard, yellowing bodies of young men were piling up, their religion no longer relevant. That was when we realised that nearly 500 had been killed in December 1992 - the police figure were much lower as it depended on the number of post-mortems they did in a day.

On the 25th anniversary of the riots in 2017, I got a message from Taher Wagle. “Happy Diwali. Mere bete Shahnawaz Wagle ka abhi tak kuch faisla nahi hua pls. Ap Modi sarkar ya phir CM sahib se milkar Shahnawaz Wagle ka case open karne ke liye kuch raste nikale or pls koi faisla nikale (sic) (Happy Diwali, There is no justice in the case of my son ShahnawazWagle. Can you meet PM Modi or the chief minister and ask him to find a way to open the case and do something).”

Shahnawaz was allegedly shot dead by policemen, according to his sister Yasmin. It was only in August 2007, when citizens groups demanded justice, that Taher was called to record his statement.

The police registered 2,267 riot cases, of which, 1,371 were closed as true but undetected. A Special Task Force was formed to act on the Srikrishna report and the cases were re-examined by a committee headed by the director general of police.

The legacy of the 1992-93 violence weighs heavily on Mumbai and a temple is not going to assuage its wounds.