The offline calm maintained by restrained citizens was palpable on Twitter too. The tone in which most Indians spoke was refreshingly delightful. 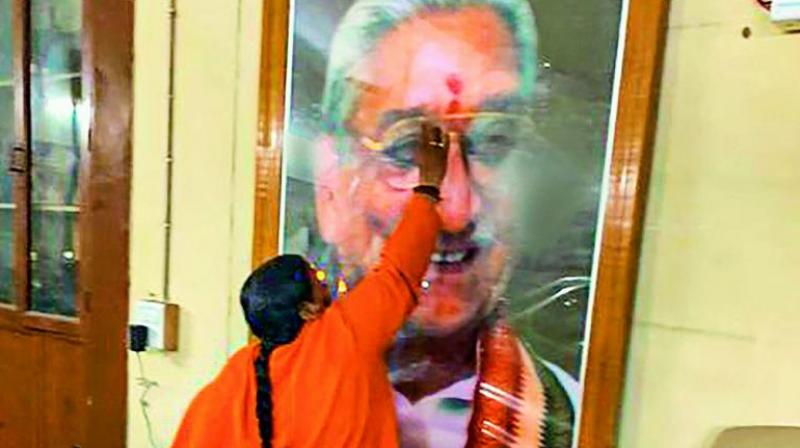 Hyderabad: On many a day in the past marked as red-letter in Independent India’s history, Indians have shamed it; with their words, and actions, individually and collectively. On November 9, on a medium that often is an exemplar of level of hatred citizens spew on each other over political differences, Indians, largely, made India feel proud.

The offline calm maintained by restrained citizens was palpable on Twitter too, where numero uno amongst the largest trending hashtags was a secular, wilfully detached and objective by choice coinage was #AYODHYAVERDICT (which crossed 709K tweets by 10 pm). The greatest sentiment was a sane stance, so alien of Twitter throughout the year, of welcoming the verdict and requesting all citizens to remain calm. Any attempt to put up any showy celebration was put down respectfully, but firmly.

A juvenile tweet smacking of bravado, communally instigating in intent, and superficially celebratory in tone was put down quickly, with replies like ‘the only winner is Indian democracy, and all Indians,’ being liked and re-tweeted most.
On #AyodhyaJudgment, a similar trending thread, also in the top three, the mood was cautious, guarded, and respectful. People congratulated the judiciary, alone. ‘Oh, my god. Such a detailed, long judgment – what effort it takes. Respect five judges, heroes.’

The two haghtags I suspected could be senseless, vituperative and acidic, #RamMandir and #JaiShriRam too remained largely humane, empathetic and reasonable. Not too many liked or shared pictures or videos of ostentatious celebrations, nor did those who felt a surge of joy unleash it in the usual ugly banter characteristic of social media exchanges.

The sadness and sense of dejection reflected in another popular #BabriMasjid completed the circle of rising the occasion. Many complaints of being disappointed, of having a feeling of being let down, or of even having felt anger were measured. Far from any potential disrespect for judiciary, there was a regard for the process, if not outcome. Many expressed their sense of hope in India, its democracy, and its secular characteristic.

Respect, considerate and moderate views dominated the Twitter discourse, but not completely missing the usual calumniating and contumelious digs, and traducing retorts. It was a mature discourse to a large extent, and the exception was ignored by people more often than not.

There were obvious exceptions, but the tone and style in which most Indians, by and large, spoke and behaved, with such a decorous becoming manner, expressing such hope for the future, was refreshingly delightful.

Maybe, we have already taken our first step towards healing, reconciliation, and appreciating a fellow citizen who disagrees. Maybe, we have taken a first step in trying to be a better nation. Hopefully not!