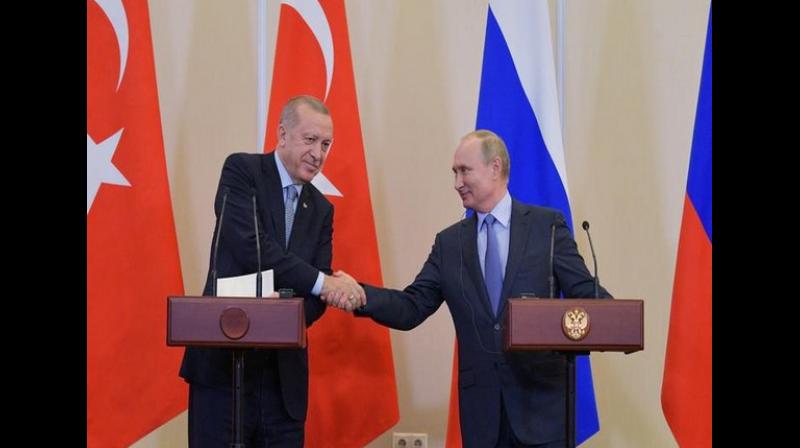 Following US' pullout of its troops from northern Syria, Turkish armed forces launched an offensive into Syria on October 9 in a bid to drive Kurdish fighters out of the area to establish a safe zone along the Turkey-Syria border. (Photo: File)

Quoting Turkey's presidential office, Xinhua news agency reported that both sides confirmed their commitment to the "Sochi deal" reached on October 22 between Ankara and Moscow for the withdrawal of Syrian Kurdish fighters from the areas along the Turkish border in northern Syria.

Following US' pullout of its troops from northern Syria, Turkish armed forces launched an offensive into Syria on October 9 in a bid to drive Kurdish fighters out of the area to establish a safe zone along the Turkey-Syria border.

Under the US-Turkey deal reached on October 17, Turkey, on a five-day truce, agreed to halt its military operation to pave the way for the withdrawal of People's Protection Units (YPG) fighters from the safe zone.

Turkey and Russia later agreed to give the YPG fighters 150 hours to withdraw 30 km away from the Turkish border area and Turkish and Russian security forces started to conduct joint patrols there.

However, Ankara is critical for both the US and Russia of not fulfilling the requirements of the deal, saying that Syrian Kurdish fighters have not fully retreated, and even attacked the Turkish army and Turkey-backed rebels.