The issue raised before the SC by the NGO claimed that there was a high percentage of delay over payment under MGNREGA. 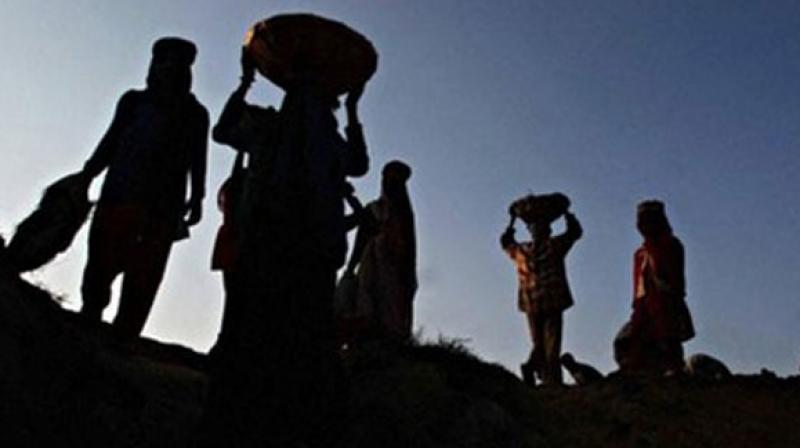 NGO Swaraj Abhiyan also claimed before the top court that there was an enormous delay on the Centre's part in releasing the funds under the scheme even after receipt of fund transfer order. (Photo: File/Representational)

New Delhi: The Centre has refuted in the Supreme Court the allegations by an NGO that there was a delay on its part in releasing funds under the Mahatma Gandhi National Rural Employment Guarantee (MGNREGA) scheme for drought-hit farmers.

The issue was raised before the top court by the NGO, the petitioner in the matter, which claimed that there was a high percentage of delay over payment under MGNREGA made from the time when fund transfer order was made till the time the payment was actually given to the beneficiaries.

A bench comprising justices Madan B Lokur and N V Ramana asked Attorney General K K Venugopal, representing the Centre, to file an affidavit within four weeks in this regard after the government disputed these facts. The bench has posted the matter for hearing on January 18, 2018.

NGO Swaraj Abhiyan also claimed before the top court that there was an enormous delay on the Centre's part in releasing the funds under the scheme even after receipt of fund transfer order.

"Only for the purpose of verification of the averments and the allegations made on the basis of these two charts (given in the affidavit filed by the petitioner), we require an affidavit to be filed by the central government," the bench said in its order.

The court had earlier said that state food commissions, as mandated under the National Food Security Act (NFSA) 2013, should be set up even in states not hit by drought.

The petitioner had earlier claimed that implementation of the NFSA still remained a major challenge and adequate work under the MNREGA was not being given by the state governments.

The plea sought relief measures in drought-hit states in the country.