India   All India  10 Dec 2018  After INLD split, Chautala kin launches his own party
India, All India

After INLD split, Chautala kin launches his own party

The new outfit will contest all 10 Lok Sabha seats from the state and also fight the Vidhan Sabha polls, Dushyant said. 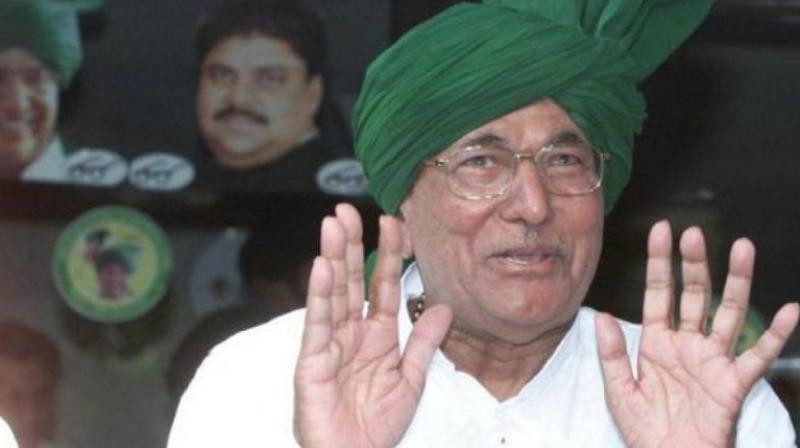 Ajay Chautala’s sons, Dushyant and Digvijay were shunted out from the party after their slogan-shouting supporters allegedly targeted Abhay Chautala at an INLD rally in Gohana in October.

The announcement by the group led by Ajay Chautala was made at a well-attended rally at Jind, considered as the political heartland of the state. Ajay Chautala, who is serving a 10-year jail term along with father Om Prakash Chautala since 2013 in a teachers’ recruitment scam, could not make it to the rally.

The flag of the new outfit bears resemblance with INLD flag and carries picture of Om Prakash Chautala’s father and former deputy prime minister Devi Lal in the centre. The name of the new party begins with `Jannayak’, a reference to Devi Lal, with various speakers at the rally pledging to walk the path shown by the late leader.

Dushyant tried to justify why the banners and posters at the rally did not bear the photo of O P Chautala. “Many people say we removed Chautala sahab’s photos from posters. He is head of our family, but he is also head of our rival (INLD) party. There is a legal hurdle that we cannot have photo of head of our rival party in our (party) posters but no one can take him out from our hearts,” he said.

Dushyant hit out at the ruling BJP, saying it had failed on all fronts including in giving jobs and on law and order front. “Pick up any newspaper, you come across incidents of rape, murder, dacoity and Haryana has gone behind even a state like Bihar,” he said. He also hit out at the Congress, alleging several land scams took place during their rule. He made a slew of promises to the people in case his party is voted to power.

The new outfit will contest all 10 Lok Sabha seats from the state and also fight the Vidhan Sabha polls, Dushyant said.