India   All India  10 Dec 2019  Sudesh may be kingmaker if he wins Mahato bastion
India, All India

Sudesh may be kingmaker if he wins Mahato bastion

The AJSU is contesting 53 out of 81 Assembly seats in the state. 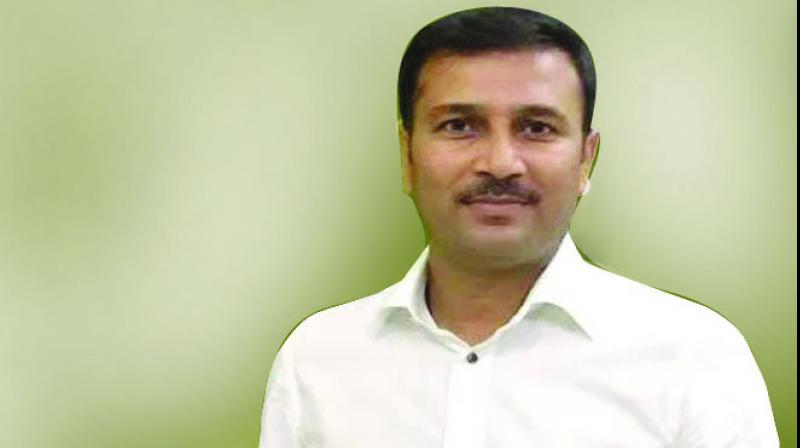 Silli (Jharkhand): If one person can be branded as the potential kingmaker in these elections, it is All Jharkhand Students Union chief Sudesh Mahato.

By refusing a pre-poll alliance with the BJP, the former deputy chief minister has kept the game wide open as far as the Jharkhand Assembly polls are concerned. But the guessing game is on whether he will bargain hard or pull a Shiv Sena on the BJP.

Mr Mahato keeps his cards close to his chest as far as his post-poll plans are concerned. “All I know is that this time there is going to be ‘Gaanv ki Sarkar,’” he tells this newspaper. This in effect indicates Mr Mahato’s chief ministerial ambitions as “Ab ki baar Gaanv ki Sarkar” (“This time government of the village”) is the war cry of his campaign.

The AJSU is contesting 53 out of 81 Assembly seats in the state.

“We are a regional party. Our priorities are based on that. We have to take care of that,” he said when asked why he did not get into a pre-poll alliance with the BJP.

Probed further as to whether the reason was the unpopularity of the Raghhbar Das-led BJP government, he said: “(Whether Raghuvar Das is unpopular)... that the BJP has to decide”.

Mr Mahato remains tight-lipped on his post-poll preferences. “We will form the government,” he said adding that it is too early to say whether he will support the BJP or the Congress-JMM alliance. However, the regional strongman avoids directly attacking the BJP in his campaign rallies, instead making indirect references to the state government policies like land issues and farmers’ woes.

His attacks on the JMM though are more direct, chiefly because his primary opponent in this constituency is Seema Mahato of the JMM.

The AJSU chief has been defeated twice in Silli. Once in the 2014 Assembly polls by JMM’s Amit Mahato and then again in 2017 bypolls when Amit Mahato was jailed in a murder case and was banned from contesting. The JMM candidate then was the present candidate and sitting MLA, Seema Mahato, Amit Mahato’s wife.

Local leaders say that though Sudesh Mahato’s chances seem bright this time, it all depends on who the Mahatos — who have a population of nearly 30-35 per cent in this constituency — decide to back.

“As both candidates are from the same Mahato caste, it would be the deciding factor,” a local leader said.

The AJSU’s pitch therefore seems to be that a vote for Sudesh Mahato means a vote for the future CM of the state.

Not to be left far behind, the JMM campaign is also promising a CM —  Hemat Soren, a potential chief ministerial candidate if the Congress-JMM-RJD alliance gets the numbers.