'We need to change this notion that one who supports Bill and BJP is patriot and one who opposes is anti-national,' Thackeray said. 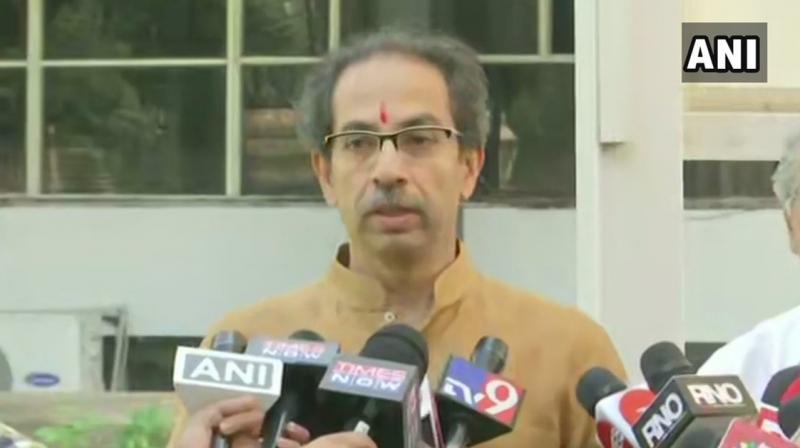 The Sena supported the Bill in the Lower House. Thackeray told reporters here that a detailed discussion and debate on the Bill was necessary. (Photo: ANI)

Mumbai: Maharashtra Chief Minister Uddhav Thackeray on Tuesday said the Shiv Sena won't back the Citizenship (Amendment) Bill in the Rajya Sabha till there was clarity on the party's queries posed in the Lok Sabha.

"We will not give support to the Bill unless things are clear," Maharashtra Chief Minister Uddhav Thackeray said on Tuesday.

The Sena supported the Bill in the Lower House. Thackeray told reporters here that a detailed discussion and debate on the Bill was necessary. The Modi government needs to worry about the economy, job crisis and rising cost of living, especially the onions price rise, more than the implementation of the Bill, he said.

"We need to change this notion that one who supports the Bill and the BJP is a patriot and one who opposes it is anti-national. The government should answer all the issues raised on the Bill," he said.

The Lok Sabha passed the Bill, which seeks to provide Indian citizenship to non-Muslim refugees coming from Pakistan, Bangladesh and Afghanistan after facing religious persecution there, a little past midnight on Monday after a heated debate that lasted over seven hours.