NPP threatens to leave NDA if Citizenship Bill is pushed

Students’ union warns of unrest, says govt should not introduce Bill in RS. 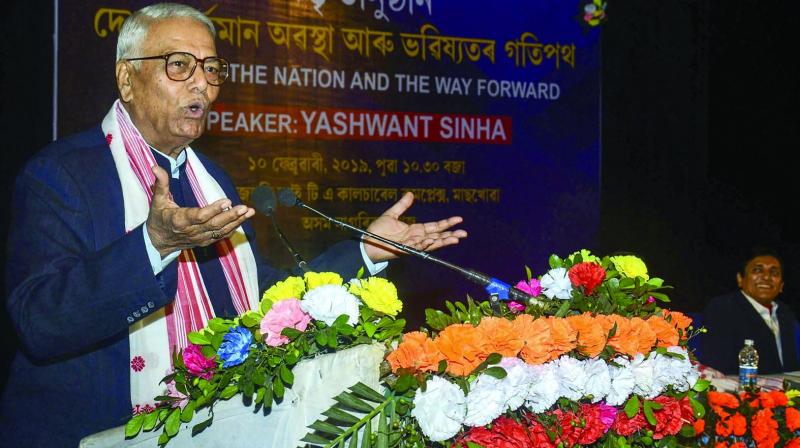 Guwahati: The National Peoples’ Party (NPP) led by Meghalaya chief minister Conrad Sangma has threatened to sever ties with BJP led National Democratic Alliance (NDA) while the North East Students Organisation (NESO) has warned of unrest in the whole of the Northeast if the contentious Citizenship (Amendment) Bill is passed in the Rajya Sabha.

Mr Sangma, who left for New Delhi on Sunday, said that he would be making this announcement if the Centre decides to go ahead with the contentious bill in the Rajya Sabha.

He pointed out that the NPP is part of the government in four states in the Northeast and the people of the region have trust that his party would take the lead in addressing the issues.

It is significant that if the party pulls out of NDA, it may affect the stability of the government in Manipur as four NPP members are supporting the BJP-led government.

The NPP leader and deputy chief minister of Manipur, Y. Joykumar Singh, said that if the NPP pulls out of the NDA government, it may lead to the collapse of the government in his state.

Meanwhile on Sunday, a delegation of NESO left for New Delhi to mobilise support among the various political parties to oppose the Citizenship Amendment Bill.

Earlier in a statement, NESO chairman Samuel Jyrwa reiterated that the government should not introduce the bill in the Rajya Sabha and in case it is passed, there will be unrest in the Northeast.

“The government of India should take the blame and be responsible for any eventuality and it will also further alienate the people of the Northeast,” he said.

Reiterating its strong opposition to the bill, the NESO leadership added that this is another example of political injustice and only goes to show that the Centre has no regard for the indigenous people of the region. It added that the move is intentionally made to reduce them to a minority in their own land.

The bill was passed in the Lok Sabha in spite of wide protest not only by the indigenous people of the Northeast, but also by some state governments and various political parties.