Ahead of the announcement, sale of 1.9 billion dollar weapon system is cleared 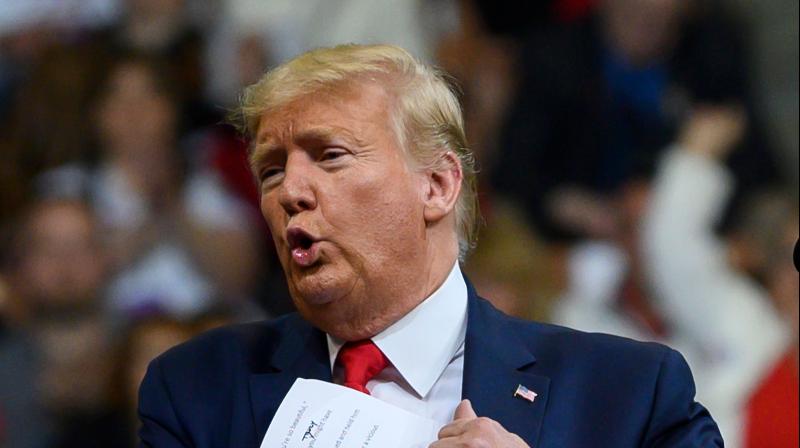 Washington/New Delhi: U.S. president Donald Trump will pay a state visit to India on February 24 and 25, accompanied by first lady Melania, it was announced in Washington and New Delhi today.

The couple will visit, apart from New Delhi for the bilateral talks, Ahmedabad also in Narendra Modi’s home state of Gujarat.

White House press secretary Stephanie Grisham said in Washington that the decision to visit came after Trump and Modi had a telephonic talk over the weekend.

More significantly, the announcement came hours after the US State Department said it has approved the sale of an Integrated Air Defence Weapons System to India (IADWS) for an estimated cost of USD 1.9 billion.

A state visit by Trump was always on the cards since the Howdy Modi event in Houston back in September 2019, when Trump came on stage and effusively praised the Indian prime minister.

Modi and Trump have met four times since the former returned to power for a second term in May 2019. After that Modifest in Houston, they met again two days later on the sidelines of the United Nations General Assembly session in New York.

This is the second visit by an American president during Modi’s time in power. His friend ‘Barack’ came to India in 2015.

The announcement by Grisham at the White House said, “During a phone call over the weekend, president Trump and prime minister Modi agreed the trip would further strengthen the India-US strategic partnership….”

There was also a hint of what will be on the agenda: trade, defence, counter-terrorism, energy, coordination on regional and global issues and people-to-people ties.

In a prelude to the announcement of the visit, the U.S. Defence Security Cooperation Agency said on Monday that the Trump Administration has notified to the US Congress its determination to sell to India the IADWS.

The IADWS is tipped to help India to modernise its armed forces and to expand its existing air defence architecture to counter threats posed by air attacks.