If a candidate wishes to reappear for the failed subject, he/she can appear in compartment exam. 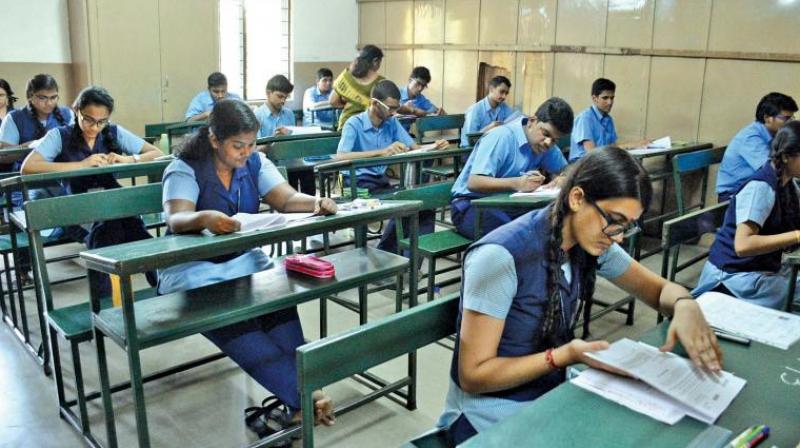 CBSE has also decided to do away with seven academic electives and 34 vocational subjects for class 12 because of low enrolment numbers. (Representational image)

New Delhi: With the Central Board of Secondary Education (CBSE) modifying its assessment scheme for Class 10, students appearing for board examination next year will be required to study six subjects instead of five.

Currently, Class 10 students have to study five subjects — two languages, social science, mathematics and science. They also have a choice of studying a vocational subject as an additional course.

Those opting for academic stream have to study five subjects — two languages, social science, mathematics and science. They have an option to chose an additional subject.

However, those opting for the vocational stream will have to compulsorily study the sixth subject under the NSQF with the remodelled assessment scheme being implemented from 2017-18 academic year.

According to a CBSE circular if a candidate fails to pass in any one of the three elective subjects — science, social science, mathematics— then the vocational subject will replace it.

“The board exam result will be computed accordingly. However, if a candidate desires to reappear for the failed subject they can appear in the compartment examination,” it added.

Students will have 13 options to choose from for the sixth subject, some of which include Dynamics of Retailing, Automobile Technology, Introduction to Tourism, Basic Agriculture, Banking and Insurance and Health Care Services among others.

“Out of the total 100 marks, the board exam will be of 50 marks, and 50 marks are allocated to internal assessment/practical exam. A candidate will have to score 33 per cent marks in both board exam and practical exam to pass the subject,” the circular added.

In another major decision, the CBSE has also decided to do away with seven academic electives and 34 vocational subjects for class 12 because of low enrolment numbers.