Hellish time for Hyderabadi man with 10 family members in isolation 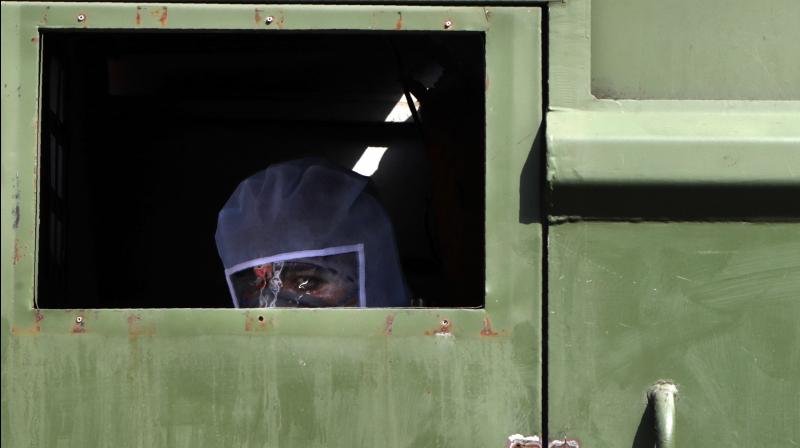 Hyderabad: For a fortnight now, his life has been on a roller coaster ride. Each day, he wakes up at the crack of dawn and sets out for three different destinations – Gandhi hospital, Chest hospital and a building adjacent to Badi masjid in Mallepally.

For him, these three places have turned into a temporary triad of addresses for his family, ten members in all, from where, he returns late in the night. His phone is incessantly busy, as he frantically makes innumerable calls to police and health departments from where sometimes he either gets an earful, or assurances, or just finds the other side hanging up.

“The responses I get makes me feel sometimes as if my topi (skull cap) and kurta is responsible for spread of Coronavirus,” he says, in a semi-guilt ridden tone of despondency.

Life for this Hyderabadi (name withheld) went haywire after all his family members, including his aged parents, brothers, their wives and children – ten in all – were suspected to have been infected with the deadly Covid-19.

He is the only one in the family out, attending on the rest. Fortunately, nine of them have tested negative but are unable to return home as they have been kept in isolation at different places. To make matters worse, a teenaged daughter of his elder brother too underwent tests at Gandhi hospital, but her reports got misplaced. The test was conducted again and the family is awaiting for reports for last four days.

“My elder brother attended the Tablighi Jamaat congregation in Nizamuddin Markaz in New Delhi last month. After he returned on March 26, he fell sick and got himself admitted in Gandhi hospital, from where he was shifted to the Chest hospital. Thereafter, my life just nosedived,” he told Deccan Chronicle.

Suspecting his brother might have spread the virus, the entire family was sent for tests to Gandhi hospital. Then began his innumerable trips to hospitals, mostly taking essentials for family members, from clothes to medicines, among other items.

Four days ago, his mother, wives of two elder brothers and their four daughters were shifted to a building adjacent to Badi masjid in Mallepally, while his father, brother and daughter were moved to the Gandhi hospital. The one who attended the Markaz continues to be kept in isolation at the Chest hospital.

“My father is a diabetic. My mother suffers from low blood pressure. They are both in a bad shape. The only thing which brought a little cheer was my father was discharged after 14 tough days. Despite being a diabetic, he was forced to eat rice thrice a day,” he said.

With the area around Badi masjid sealed by police as part of the containment plan, this resident of Tolichowki is worried for his mother’s health.

“I requested policemen to let me near the premises, so that I could deliver essentials. But the way they look at me, especially my white kurta and cap, makes me feel as if we are responsible for spreading the virus. They just shooed me away. But at this time, I do not want to complain, given the palpable hatred for our community,” he said.

Each day, he makes attempts to reach the three venues and pass on some essentials. “It took some doing to convince the staff at Gandhi to deliver sanitary napkins for the teenaged daughter of my elder brother. She is wearing same set of clothes for 14 days from when she was shifted to Gandhi,” he says.

After reports of her first test were misplaced, a second test was performed. “It has been four days but the reports have not yet come.”

“The government is doing what it can, but systems (within hospitals) are so unorganised that people like me are suffering. My family has been split into three groups. With no specific information coming out, (from hospitals), it is very difficult,” he said.

He says that it was not by choice that seven women of his family were sent to premises next to Badi Masjid, instead of sending them home. “They were forced to stay there. I told my mother to be patient and hang on. All women are being provided with three meals a day,” he said.

One of his brothers is recovering well at Chest hospital but he is not sure when he will get to see him.