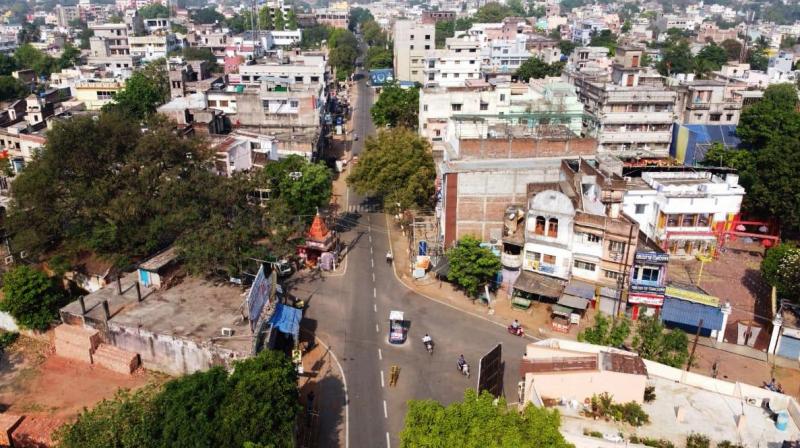 City roads wear a deserted look during the nationwide lockdown to curb the spread of coronavirus, in Deoghar. PTI Photo

New Delhi: The national lockdown should be extended by at least a fortnight, Punjab Chief Minister Amarinder Singh suggested during Prime Minister Narendra Modi's interaction with chief ministers on Saturday.

As India battles the COVID-19 crisis, the prime minister held a video conference with chief ministers primarily to take their feedback on whether the 21-day nationwide lockdown should be extended beyond April 14 to stem the tide of infections.

Though the restrictions are causing a lot of hardship to the people, India cannot afford to take any chances, the chief minister said, a day after extending curfew in his state to prevent the spread of the novel coronavirus.

The disease has claimed 11 lives and infected 151 people so far in Punjab.

Singh also suggested a slew of health and relief measures for the people in the state's COVID-19 battle, and asked for special concessions for the industrial and agricultural sectors.

The chief minister said there is huge uncertainty over the incidence rate of the disease and that the nation is in for a long fight. Given the trend in China and several European countries, it is necessary to continue the lockdown, he said.

The chief minister informed the meeting that the Punjab government had already decided to go for curfew or complete lockdown till May 1, with all educational institutions to be closed till June 30.

State board examinations have also been deferred till further orders, he said.

The Code of Criminal Procedure's Section 144 ( that prevents assembly of five or more people at one spot) remains in place, along with prohibition of public service vehicles till May 1, a state government statement said.

He also sought a special risk insurance for all government employees, including police personnel, sanitation workers and all other employees, who are working day and night to help mitigate the miseries and stress of people in these trying times, it said.