Mishra arrived at the ACB office at noon to record his statement and his examination is currently underway. 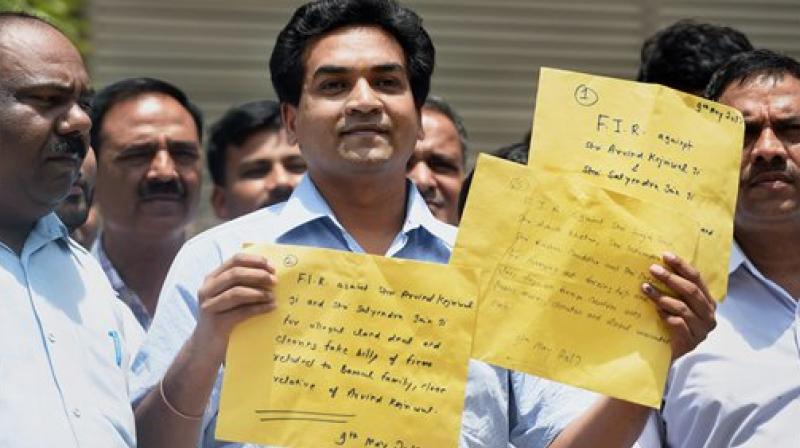 New Delhi: The Anti-Corruption Branch on Thursday recorded the statement of sacked Delhi minister Kapil Mishra over his allegations that Chief Minister Arvind Kejriwal had influenced the probe into a Rs 400 crore tanker scam.

Mishra arrived at the ACB office at noon to record his statement and his examination is currently underway.

A few days back, he had visited the ACB office and shared evidence related to the tanker scam that dates back to Sheila Dikshit's tenure as chief minister.

Mishra has alleged that the investigation into the tanker scam was repeatedly delayed and influenced by Kejriwal and 'his two men'.

Last year in August, Dikshit was examined by the ACB officials in connection with her alleged involvement in the tanker scam and was also handed over a set of 18 written questions.

Till some time back, Mishra had been accusing the BJP of shielding Dikshit in the case and later he alleged that the AAP government tried to shield her.

The Kejriwal-led AAP government had in June 2015 constituted a fact-finding committee to go into alleged irregularities in procuring some 385 stainless steel water tankers by the DJB.